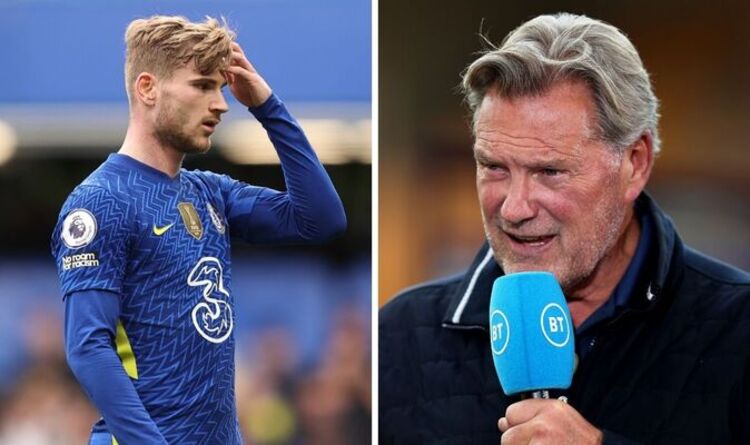 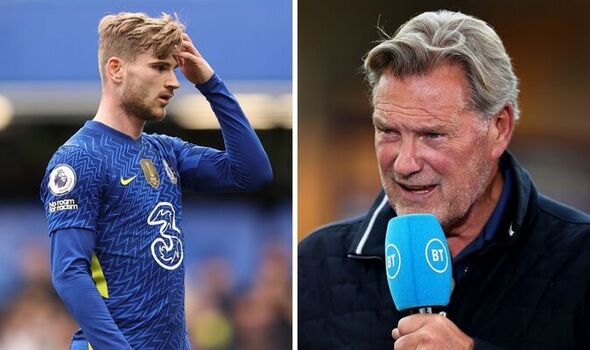 Chelsea boss Thomas Tuchel has been warned by Glenn Hoddle that he could be made to look stupid by Timo Werner if the forward is sold and goes on to score goals elsewhere. The Blues are beginning to lose patience in their £47.5million man, who has failed to live up to expectations since arriving from RB Leipzig in the summer of 2020.

At the time, Liverpool were considered to be the frontrunners for Werner before the Blues pounced to seal an impressive coup.

Yet having managed just seven Premier League goals in 50 outings for the European champions, supporters have struggled to warm to the German international.

Reports claim Chelsea would be willing to consider offers for Werner, although the Blues will have to take a hit in order to push through a sale.

Now former Chelsea player-manager Hoddle is fearful Werner could come back to haunt his old side if he is sold.

“He doesn’t look confident in a Chelsea shirt and looks more at home in Germany,” Hoddle said.

“He seems to affect the game more from the bench than when he starts. That’s not bad to have someone like that up your sleeve from the bench who you can look upon to change the dimension of the game.

“You’ve got to say, it hasn’t worked for him. Will Chelsea wait for another year? I don’t know.

“Werner is a weird one as you could see him moving to a club slightly below Chelsea, they sell him and he goes on and scores a load of goals again. It makes you look stupid.”

Before arriving at Chelsea, Werner was widely recognised as one of the most devastating attackers in world football.

He rifled in 28 Bundesliga goals in 34 matches to earn his Premier League move but now he looks starved of all confidence.

Werner’s timid display in the embarrassing 4-1 defeat to Brentford may prove to be the final straw for him at Chelsea.

The 26-year-old recently risked riling Chelsea supporters when he appeared to suggest he preferred playing for Germany over his club.

“I really enjoy playing football, no matter where I’m playing,” he said. “There are differences in the style of play between football at Chelsea and here.

“Maybe the one at the national team suits me better. Here, I always have scoring chances, I can score goals. I feel very comfortable here.”

Paul Merson, who supports Chelsea, does not believe Werner will be missed if he does indeed depart.

“If Werner is not there, I’m not being horrible, but it won’t make much difference,” Merson said.

“He hasn’t fulfilled his potential, or he hasn’t come with what is expected at Chelsea.

“The way he was playing at Leipzig, he was a different player. I think playing in the pandemic didn’t help anybody. I don’t think he’s recovered from that.” 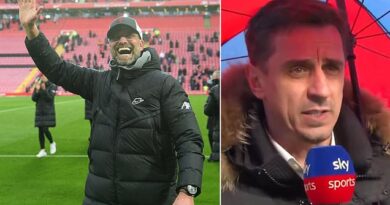 'Have they finished THIRD?': Neville stunned by Liverpool's PL place