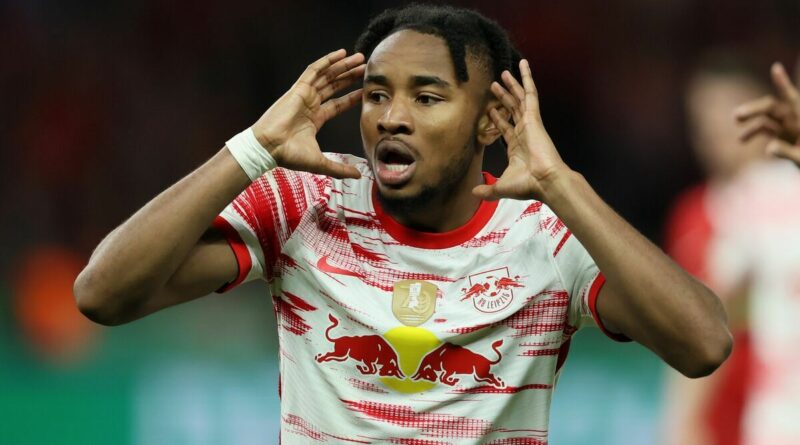 Chelsea have four potential targets after seeing their pursuit of Christopher Nkunku take a serious blow. Blues boss Thomas Tuchel had been lining up at move for the RB Leipzig star as he seeks to boost his options in attacking areas for next season.

But according to Sky Sports, the Bundesliga side ‘won’t sell’ the Frenchman this summer after seeing him score 34 goals and notch 24 assists in all competition. Nkunku himself is also not eyeing a departure and is instead said to be ‘keen’ to sign a new contract with Leipzig.

The news will likely force Tuchel into exploring alternative options to Nkunku, if he is to boost his squad. Here, Daily Express Sport looks at four players the Blues boss could target instead of the Leipzig star.

Paqueta has starred for Lyon over the past two years, scoring 11 goals and notching seven assists from attacking midfield in the campaign just gone. The success of Bruno Guimaraes at Newcastle could provide a hint at what Paqueta could bring to the Premier League.

The 24-year-old has become a regular in the Brazilian national team, though his contract still has three years to run. Even so, Paqueta has shown he can fill multiple positions at Lyon, which is certainly something Tuchel is looking for.

Maddison can count himself incredibly unlucky to have missed out on the England squad for this summer’s Nations League. The 25-year-old scored 18 goals and notched 12 assists despite Leicester enduring a disappointing campaign.

A move to a team challenging a the top of the league could help to gain a place in Gareth Southgate’s squad, a which could attract Maddison to move. He can close to leaving the King Power Stadium last year, something that Chelsea could exploit this summer.

If Nkunku is not keen to leave, then Chelsea could target one of his Leipzig team-mates in Szoboszlai. The Hungarian played in an astonishing seven positions across the frontline in the campaign just gone, scoring 10 goals and notching nine assists.

He came on for the final hour in the DFB-Pokal final against Freiburg, helping Leipzig to win their first-ever major trophy. His long-term contract may make negotiations difficult, but he could be a surprise plan B to Nkunku.

The Brazilian played a crucial role in Leeds ‘Great Escape’ this season, scoring 11 goals to help keep them in the Premier League. That included a crucial penalty against Brentford on the final day, which he had won himself.

But it is understood that the attacker is now keen to depart Elland Road and Chelsea could mount a surprise move for him. He only has two years remaining on his contract and is capable of playing across the forward line.

Thiago could receive dream Liverpool shirt No. as transfer plan falls into place