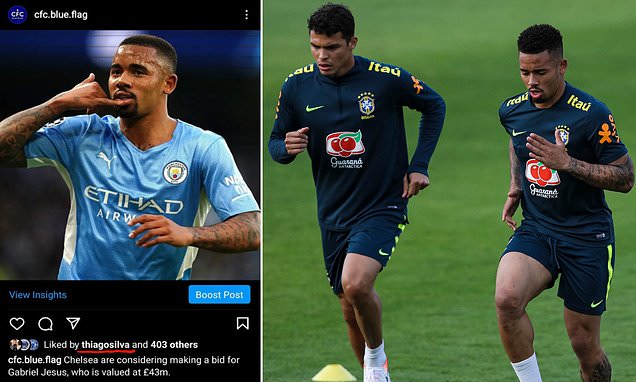 Do you approve, Thiago? Chelsea defender Silva is caught by fans liking an Instagram post linking Manchester City striker – and his Brazil team-mate – Gabriel Jesus with a move to Stamford Bridge as the Blues battle Arsenal for his signature

Chelsea’s Brazilian centre-back Thiago Silva has been caught liking a social media post that links his international team-mate to joining him at Stamford Bridge.

Manchester City forward Gabriel Jesus has been heavily linked with a move away from the Etihad this summer, with Arsenal touted as his most likely destination.

However, reports have emerged suggesting that Chelsea could look to rival the north London club as they seek to refresh their attack under Thomas Tuchel this summer. 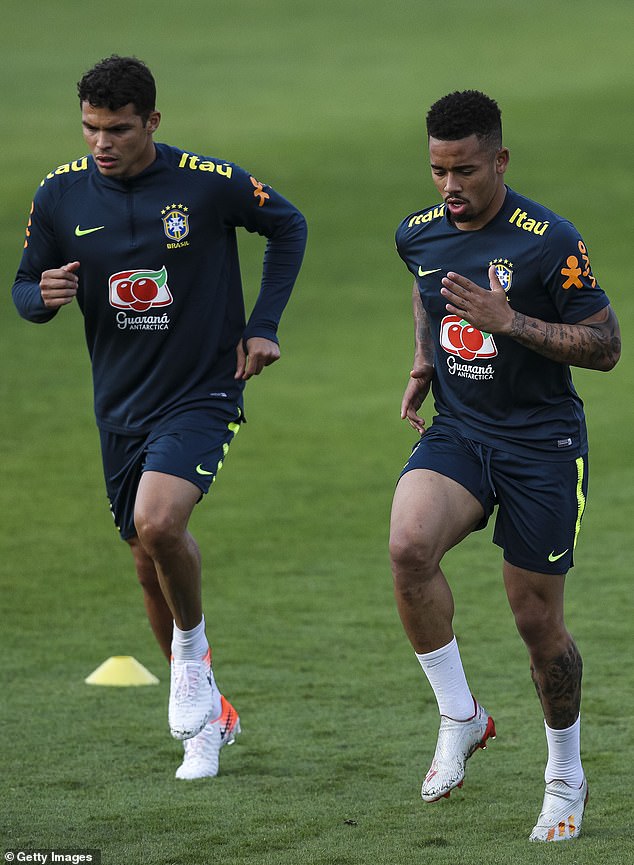 One player who appears to approve of these reports, is centre-back Thiago who was spotted by eagle-eyed fans liking a post from an Instagram account name CFC.Blue.Flag.

Captioned next to a picture of the City star, the post says that new reports have linked Chelsea with a swoop for the 25-year-old.

It claims that a reliable reporter has linked Chelsea with a move, before stating that City had allegedly dropped their asking price for the player from around £55m to the £45m mark.

It was reported last month that Chelsea’s new owners, led by Todd Boehly, had given Tuchel £200m this summer to rebuild his squad with. 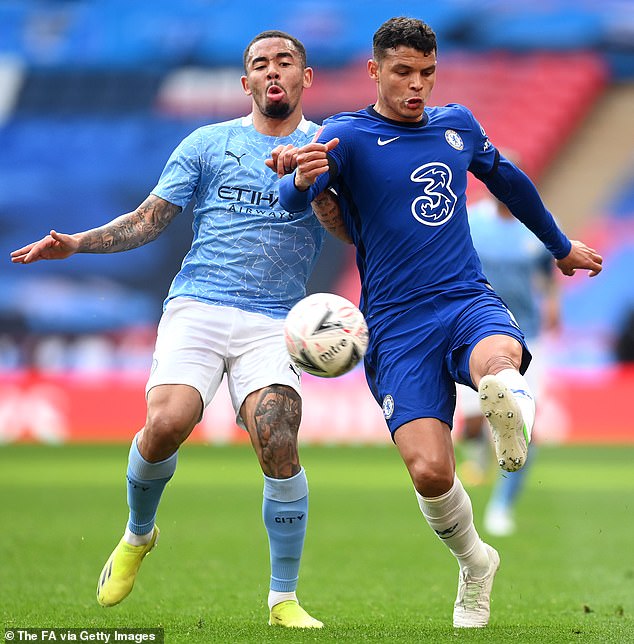 A major area that needs work is Chelsea’s attack, with the signings of Romelu Lukaku and Timo Werner over the last two summers of Roman Abramovich’s reign not quite passing muster.

Lukaku, in particular, has endured a difficult spell back at Stamford Bridge with his relationship with both the club and the fans becoming strained.

His interview with Sky Italia in December last year did little to endear him to the Chelsea faithful. 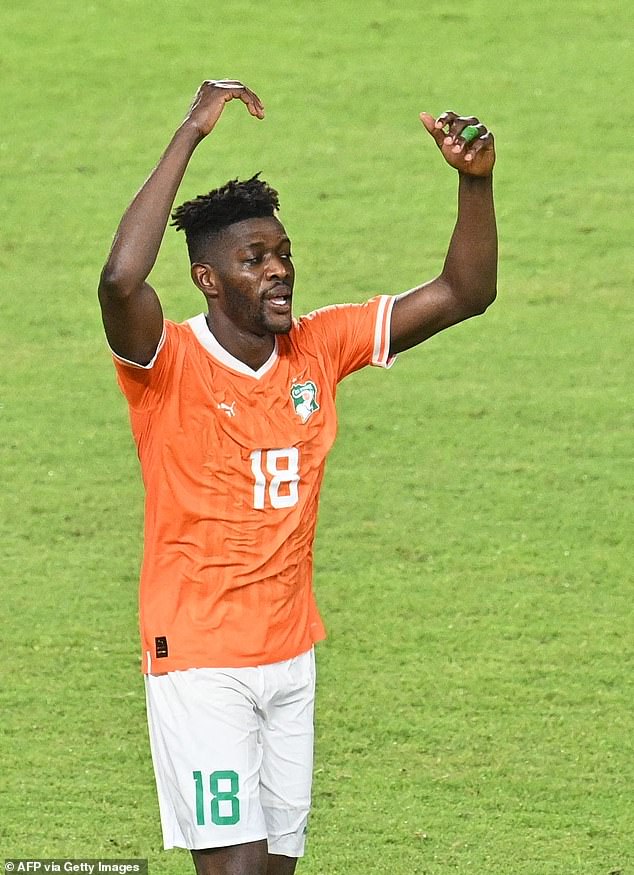 Meanwhile, Chelsea are also reported to be interested in PSV midfielder Ibrahim Sangare.

The Ivory Coast international is said to have a release clause of around £29m, with a source close to the player telling Sky Sports that he has his heart set on a move to the Premier League.

A host of other English clubs are said to be rivalling Chelsea for his signature, however; with the likes of Liverpool, Manchester United and Newcastle, backed by the Saudi Public Investment Fund (PIF), also said to keen on bringing the player to England. 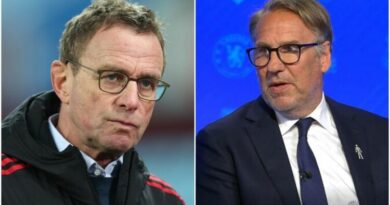 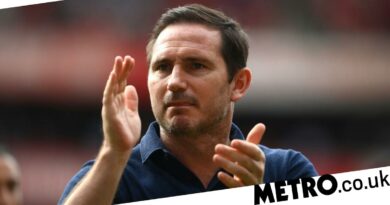