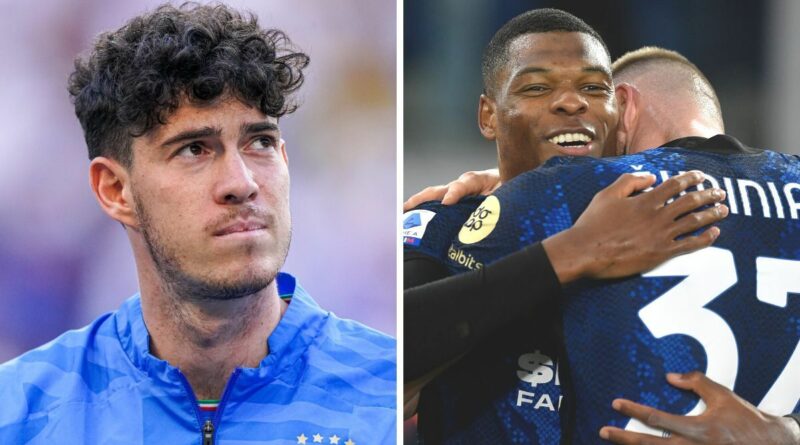 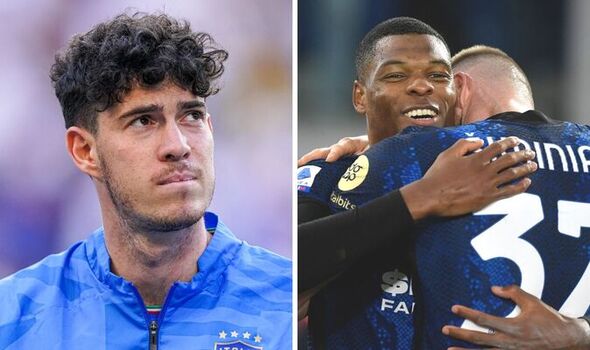 Chelsea have reportedly asked Inter Milan for Alessandro Bastoni in exchange for Romelu Lukaku, according to reports in Italy. The Blues remain locked in talks with the Serie A runners-up over a deal that could see Belgium’s record goalscorer return to the San Siro after a challenging return to the Premier League.

Although Lukaku may have to patch over some of the relationships that soured following his exit, he remains focused on securing his return to Inter, a club he still loves dearly.

But Chelsea do not want to offload on the cheap given they forked out a whopping, club-record fee of £97.5million to bring him back to Stamford Bridge.

Inter are said to have seen their first loan offer worth in the region of £4.3m rejected by Chelsea, who would prefer a permanent deal.

According to La Repubblica, Chelsea are ‘keen to avoid a capital loss’ and would therefore be interested in a swap deal that helps Lukaku secured a permanent return to Inter.

It’s claimed they ‘demand’ Bastoni as part of the package while Inter’s thoughts on including the centre-back are not yet known.

Tottenham recently made a big sell to Bastoni, only for the Italian to commit his future to Inter.

His agent Tullio Tinti recently held a meeting with Inter to decide his client’s future before ruling that Bastoni would be going nowhere.

There are two other alternatives that Chelsea would reportedly consider, though.

One is flying wing-back Denzel Dumfries, who has only spent one season in Milan after joining from PSV Eindhoven after Euro 2020.

Manchester United are also interested in Dumfries, who could provide healthy competition with Reece James.

The Slovakian international could leave San Siro this summer with Paris Saint-Germain among those in the mix.

There’s a feeling that Inter would be willing to consider offloading either player ahead of Bastoni.

Legendary Inter and Italy striker Christian Vieri expects both Dumfries and Skriniar to be sold before the start of the 2022/23 season.

“From what I understand, Inter will sell Skriniar and Dumfries,” the retired centre-forward recently stated on TV.

Lukaku is now believed to be edging closer to his return to Inter, with the Nerazzurri determined to push through a move.

Eric Dier bounces back to show his value for Jose Mourinho