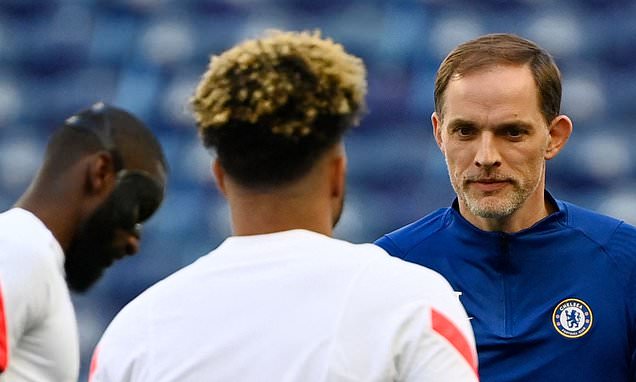 Thomas Tuchel has ordered his Chelsea players to leave Portugal with ‘no regrets’ ahead of their date with destiny against Manchester City.

The German coach, who confirmed injury concerns Edouard Mendy and N’Golo Kante have been passed fit, was in combative mood during his pre-match briefing ahead of Saturday’s Champions League final.

Chelsea have recorded two recent victories over Pep Guardiola’s side, raising hope that the Blues can cause an upset to become European champions for the second time. 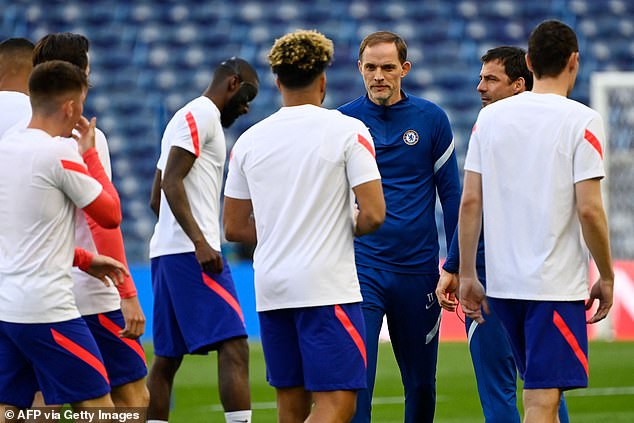 ‘We have to be at our very best – that we have no regrets after this game,’ said Tuchel, who confirmed his team have practiced penalties this week.

‘Manchester City is the benchmark with this team and this manager over the last years but we are really aware you are always able to close the gap.

‘So they are maybe at the moment the strongest team in Europe and maybe in the world, and they have built a huge gap between them and us in the league. 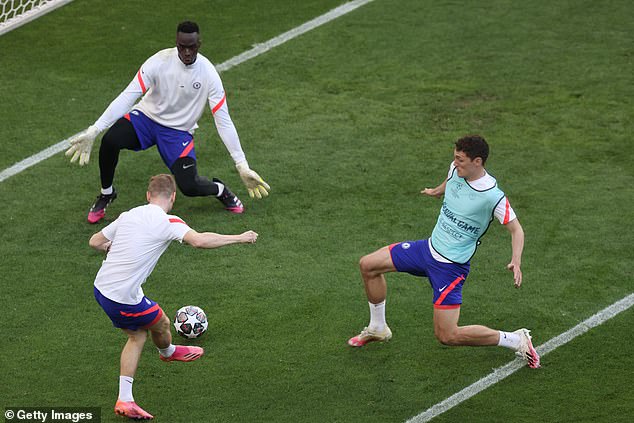 ‘How did we close the gap? We were courageous, we were brave, we suffered together. We showed up in every single minute.

‘We feel the hunger, we are not happy to just be here we are not over-excited to be here – we want to be over-excited after the match, we want the last step. We are here to lift the trophy.’ 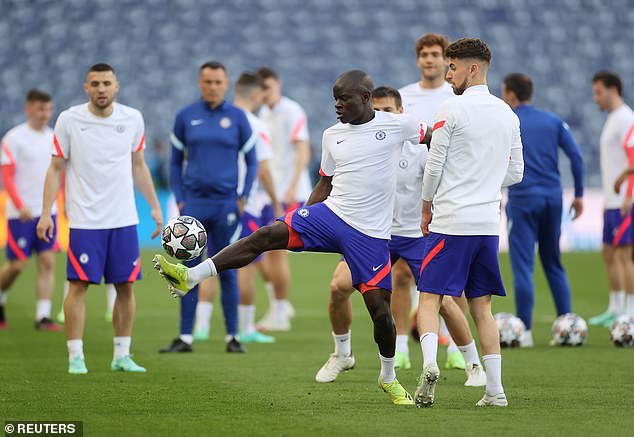