"Now is not the time" – Azpilicueta quizzed on Chelsea future

Chelsea forward Romelu Lukaku would like to rejoin Inter Milan on loan in the summer transfer window after just one season at Stamford Bridge, according to reports. The Belgian marksman signed for Chelsea for a club-record fee at the beginning of the campaign but has failed to live up to expectations and is now believed to be unhappy with life in west London.

Inter are said to be keeping tabs on Lukaku’s situation at Chelsea and could be tempted to chase a move for his signature when the bidding opens at the end of the season. A future loan move back to the San Siro has emerged as a real possibility and would align with the player’s desire to return to the club he played for between 2019 and 2021, according to Calciomercato.

Lukaku enjoyed a productive spell at Inter before rejoining Chelsea in pre-season and played a major role in helping the Italian giants to last year’s Serie A title with 30 goals in all competitions. He admitted that he was keen on returning to Inter in a bombshell interview back in December in which he criticised the tactical approach of Chelsea boss Thomas Tuchel and spoke of his desire to play for the Nerazzurri once again.

The Italian champions were forced to sell Lukaku to Chelsea in order to balance the books but could reportedly look to bring him back on a temporary basis in advance of next season. They are said to be exploring the idea of a loan move and are not prepared to give up the chase but it remains to be seen whether the Blues will be open to letting Lukaku leave so quickly after his arrival.

JUST IN: Salah will do ‘everything’ to join Barca as Liverpool issue ‘threat’

One detail that could potentially cause a number of problems with any deal is that Chelsea are yet to pay the entirety of the £97.5million fee that was agreed upon to sign Lukaku last summer. Belgian reporter Sacha Tavolieri recently insisted that the Blues would need to find a way around this in order to facilitate a return to Inter in the summer, although any move back to Italy would not be financially motivated on the player’s part.

“In the near future he could change agents,” Tavolieri told CMIT TV when quizzed on Lukaku’s immediate future. “He is not happy, he is looking for solutions. The problem is that Chelsea have yet to finish paying Inter.

“It will be very difficult. I don’t see Inter as his likely destination. If he comes back, more than for football and for the money, it will be for his personal pride.”

Lukaku has scored just five Premier League goals in 19 appearances for Chelsea since the beginning of the campaign and has found himself kicking around on the substitutes’ bench on a number of recent occasions. He signed a long-term deal until 2026 upon his return to Stamford Bridge but it seems as though his second spell at the club may soon be cut short if he is granted a move back to Inter in the upcoming summer transfer window.

Football: Tampines Rovers ready for busy year; next up is Indonesia's Makassar in AFC Cup 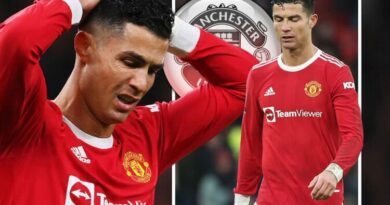