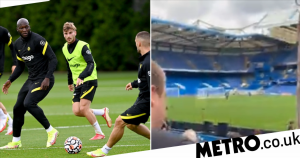 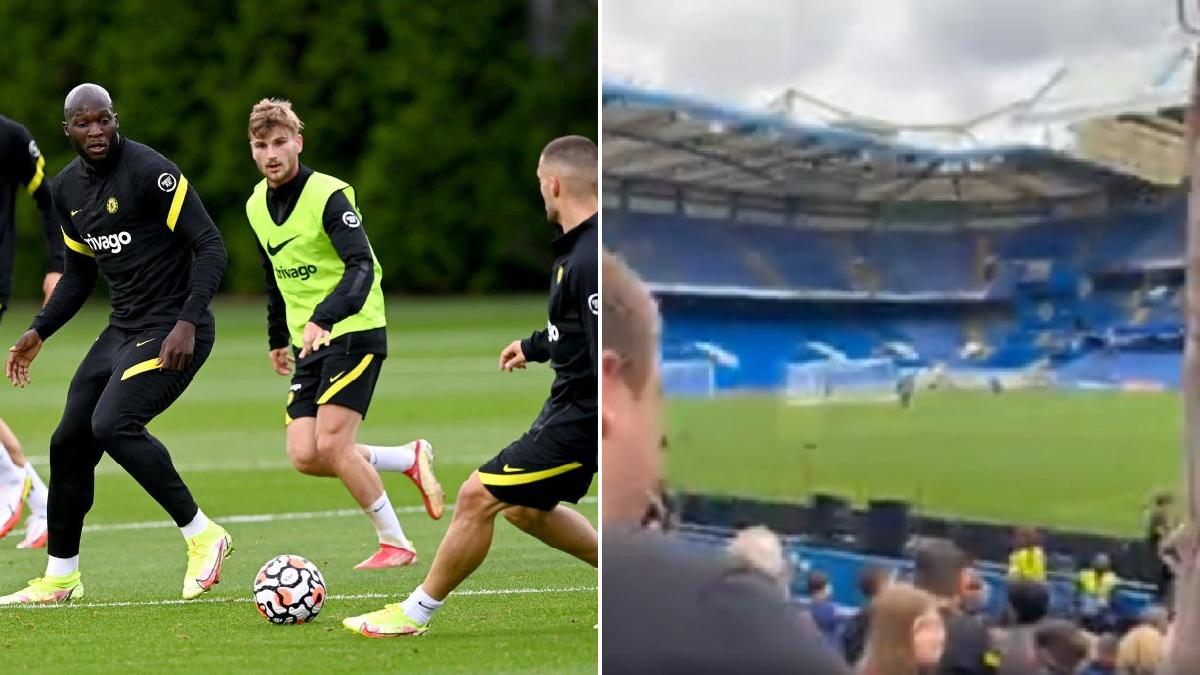 A Chelsea fan told Timo Werner to ‘get out of the club’ during the club’s opening training session at Stamford Bridge.

The Blues showed off their new trophies and signings at an opening training session in west London on Wednesday.

The Champions League and UEFA Super Cup trophies were paraded, while the session gave Chelsea fans the chance to welcome club-record signing Romelu Lukaku back to the club.

During the training session, some fans in the stadium were asked to give their predictions for this weekend’s London derby against Arsenal over the tannoy.

But one supporter instead used the opportunity to dig out Werner, telling the Germany international to ‘get out of the club’.

It is not clear if Werner, 25, was still on the pitch when the comment was made, but he did take part in training under Thomas Tuchel earlier in the afternoon. 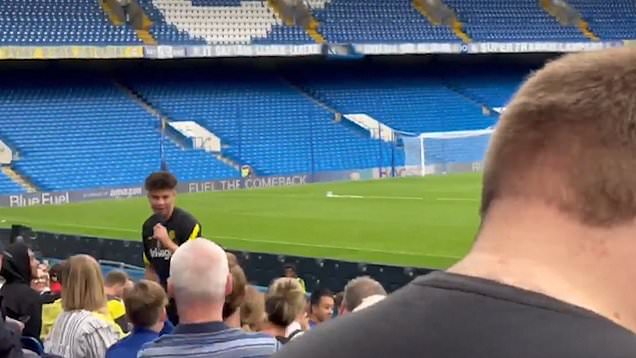 ‘Let’s have it right, get Werner out the club,’ they said as Chelsea trained on the pitch.

Gasps were heard from other Chelsea supporters, with some leaping to the defence of Werner, who endured an underwhelming first season at Stamford Bridge.

On fan responded: ‘You get out! Who are you? Who do you think you are? Get out!’

Werner joined Chelsea in a £47.5m move from RB Leipzig in the summer of 2020, with the Blues seeing off competition from Liverpool to secure his signature.

But the German flattered to deceive during the 2020-21 campaign, scoring just 12 goals in 54 appearances and missing a number of big chances.

However, Werner still played a part in Chelsea’s brilliant Champions League win and run to the FA Cup final.

Despite Werner’s indifferent debut season at Chelsea – and the recent arrival of Romelu Lukaku – Premier League legends Jamie Carragher and Roy Keane believe the forward has a big role to play at Stamford Bridge this season.

‘I wouldn’t write Timo Werner off because that pace that he’s got is really dangerous and I wouldn’t want to play against it,’ Carragher said on the Sky Sports Overlap show.

‘That can still be a huge asset for Chelsea. Those players who play behind the striker, a lot of them are pretty similar.

‘I’m not saying he’s going to play every week and he’s going to rip up the league, but I still see him as a dangerous player who I wouldn’t want to play against. I think he can still be a huge asset for Chelsea.

‘He still gives Chelsea something they haven’t got with his pace. It’s Lukaku’s job now to get 25 goals, Werner needs to get 10-15 and I think he can do that with less pressure.’

Former Manchester United captain Keane added: ‘The staff have looked at him and thought maybe he is a bit short and that’s why they’ve brought Lukaku in. But you still persevere with him.

‘Some of the chances are huge, big moments. The timing, coming over during Covid, maybe played on his mind.

‘I’d persevere with him a bit longer but at the bigger clubs, it’s only natural that you face the chop if you miss big chances.

‘Would you hang your hat on him getting 25 goals like Kane or Lukaku? No you wouldn’t. But United’s greatest season in ’99, we had four very good options. That’s what you want as a manager, you want three or four options.’ 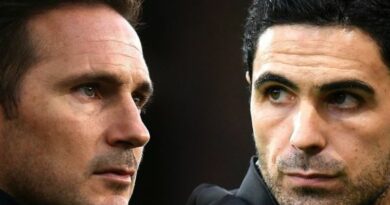