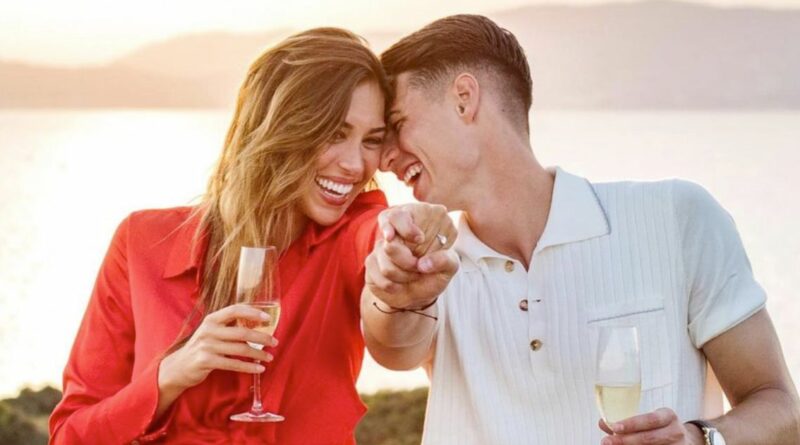 Chelsea star Kepa Arrizabalaga has just announced his engagement to his girlfriend Andrea Martinez, who won Miss Universe Spain in 2020.

The couple have been dating for quite some time now, confirming their romance in January to the world. And they now look set to tie the knot for good in the near future.

Andrea, 30, won Miss Universe Spain in 2020 and competed in the following Miss Universe competition in Las Vegas. As well as being a model, she is also a former basketball prodigy.

In 2006, she was selected for the Spanish Under-15s basketball team while on her Instagram bio, she describes herself as a 'certified plasmologist'. Kepa made the announcement on the social media site on Deadline Day on Thursday evening.

While Chelsea were working frantically to get players in and out, the 27-year-old shared to his followers a post of the couple captioned: "SHE SAID YES". Martinez commented underneath saying: "Yes! Yes! Yes! I always love you".

Among the well-wishers were former Chelsea goalkeeper and technical director Petr Cech, who simply said 'Enhorabuen', which is 'Congratulations' in Spanish.

While the relationship was confirmed in January, this is no whirlwind romance with the couple rumoured to have been dating for some time before they went public.

The two have shared a number of lovey-dovey posts on their social medias over the last eight months while Kepa has spent most of his Blues career on the bench.

There was speculation that the goalkeeper could be on his way out amid interest from Napoli and Lazio. But without a replacement in sight, Thomas Tuchel made sure that there was no way the Spaniard would leave.

The Blues went all-out in the transfer window this summer, spending close to £300million as new owner Todd Boehly flexed his financial muscles. Some arrivals include Raheem Sterling, Wesley Fofana and Pierre-Emerick Aubameyang.

There were also some notable outgoings such as Romelu Lukaku, Timo Werner and Marcos Alonso. Several fringe players were also allowed to leave including Ross Barkley, Kenedy and Billy Gilmour. 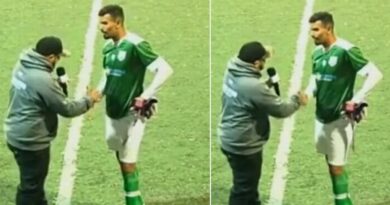