Romelu Lukaku is planning to hold talks with Chelsea boss Thomas Tuchel at the end of the season to discuss the club’s plans for the campaign ahead, according to reports. The Belgian marksman rejoined Chelsea from Inter Milan in a club-record move towards the end of last summer but has failed to impress in west London and is already said to be keen on leaving the Blues in the upcoming transfer window.

Lukaku managed to score two goals in Chelsea’s draw against Wolves on Saturday but was only starting for the first time in four Premier League matches after losing his regular place to Kai Havertz over the last few months. The 28-year-old has been linked with a move away from Stamford Bridge as a result of his lacklustre form this season and is planning to hold crunch talks with Tuchel in order to discuss his situation in the not-too-distant future, according to Fabrizio Romano.

It is claimed that Lukaku intends to speak with Tuchel as he looks to gain a greater understanding of Chelsea’s plans for him in advance of next season. He is reportedly hoping to feature on a regular basis for the Blues in his second season back at the club and will be looking for assurances over his playing time before the transfer window re-opens at the end of the current campaign.

It remains to be seen if Lukaku will eventually decide to push for a move elsewhere if Tuchel is unable to guarantee him a first-choice berth at Chelsea over the coming weeks. He has recently been linked with a sensational return to Inter, who are said to be keen on bringing him back to the San Siro when the bidding opens, while the likes of AC Milan and even Newcastle United have been credited with an interest in the forward’s services as of late.

Lukaku has only managed to score a total of seven Premier League goals in 24 appearances since the beginning of the season but performed well as part of an attacking duo alongside Lautaro Martinez during his time at Inter. It seems likely that he would be forced to accept a wage cut in order to rejoin the Italian giants in the near future, while Chelsea would struggle to recuperate the £97.5m transfer fee they paid for his services less than a year ago.

The former Manchester United and Everton forward initially sparked rumours over a potential Inter homecoming by confessing his love for the club and vowing to return one day in a bombshell interview with Sky Italy back in December. However, Arsenal icon Paul Merson recently suggested that Chelsea will be prevented from getting rid of the 28-year-old over the summer as a result of their current off-field situation.

“Chelsea haven’t got much choice but to keep going with Lukaku,” Merson told Sky Sports. “They’re getting sold, they haven’t got any money.

“They can’t be buying people for £100million and selling them for half that. That ain’t happening. For me, I think he’ll be staying there, and hopefully he kicks on next season.” 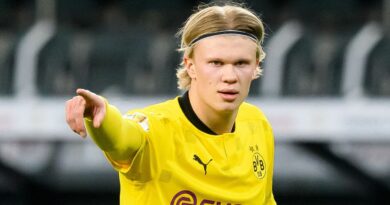