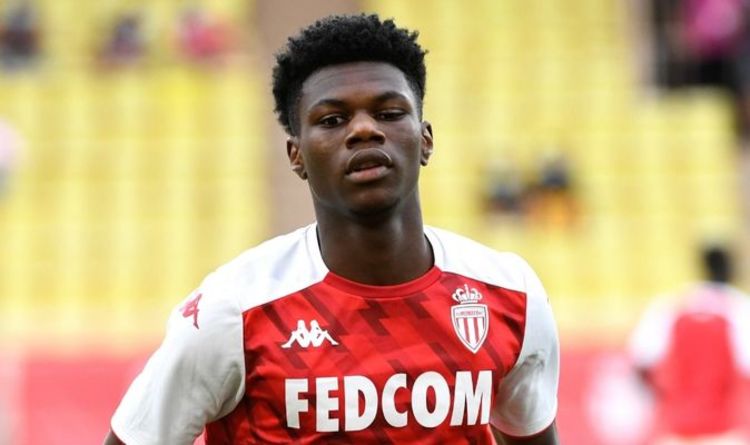 Lukaku details chats with Drogba prior to Chelsea return

Chelsea have reportedly held fresh talks with the entourage of Monaco midfielder Aurelien Tchouameni as they look to beat Manchester United to a transfer. The highly-rated 21-year-old prospect was the subject of interest from the European champions earlier this year but the Blues have instead prioritised the signing of a striker and centre-back.

Tchouameni was among the best midfielders in Ligue 1 last season having enjoyed a stellar breakthrough campaign under Niko Kovac.

Monaco have a track record of selling their brightest talents and United are in particular are no stranger to that having signed Anthony Martial from the Ligue 1 club in 2015.

Earlier this week, reports emerged claiming that United have held talks with Tchouameni’s agent as the club target a new defensive midfielder.

However, Chelsea insider Simon Phillips now claims the Blues have responded quickly by holding fresh discussions with the player’s representatives.

He tweeted: “Hearing Chelsea have held fresh talks with Tchouameni reps. Some big decisions to make in the final stages of the window…”

While another midfielder is not essential for Tuchel, he would be open to adding another fine, young player to his squad at the right price.

It’s understood would cost in the region of £34million with Monaco hopeful of keeping him for at least another season.

United are actively looking for another defensive midfielder though and are still hopeful they can add one to their squad if they raise enough cash through player sales.

Former Chelsea midfielder Cesc Fabregas has played alongside Tchouameni at Monaco and he believes he has all the makings of a world-class player.

“He has the potential to be the complete midfielder. He’s a modern midfield player,” Fabregas said earlier this year.

Before joining Chelsea, Michael Essien nearly signed for the Red Devils, the club he supported as a boy following a one-week trial as a 17-year-old.

United failed to resolve his work permit though and the Ghanaian would eventually join the Blues from Lyon in August 2005 for £24.4m.

He signed a contract and was presented with a United shirt with the No 21 on the back before deciding a month later he wanted to play for Chelsea.

The Blues ended up paying United £12m plus £4m to the Norwegian club to settle the matter.

Roma captain Florenzi 'lands in Spain ahead of medical at Valencia' 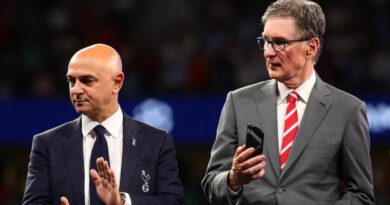