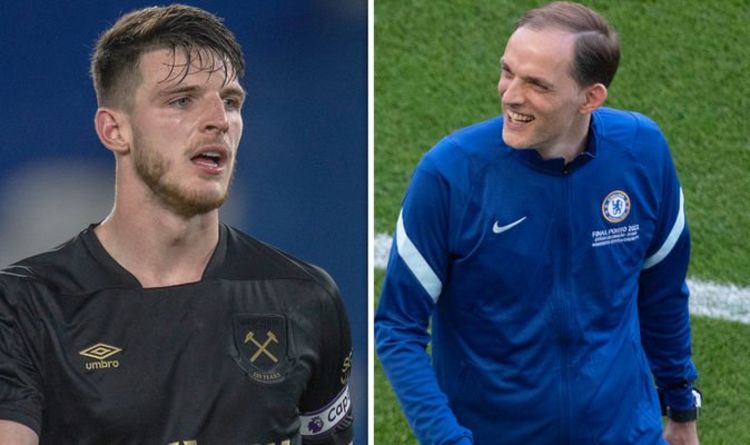 Chelsea have been keen on signing West Ham ace Rice for several years.

The England international was released by the Blues’ academy when he was aged 14.

However, he has become a key figure for both club and country in recent years and is set to play a vital role in Gareth Southgate’s midfield this summer.

Manchester United have also been linked with a move for Rice but West Ham’s asking price for the player is a stumbling block. 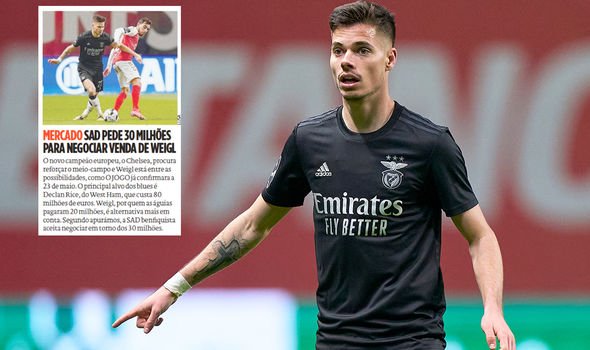 Chelsea are therefore keeping an eye on Weigl, who would be considerably cheaper.

Weigl came through the academy at 1860 Munich before moving to Dortmund in 2015 – the same summer Tuchel became the Bundesliga club’s manager.

He was a regular presence under Tuchel, making 94 appearances in two seasons before the German was sacked in 2017.

Weigl fell out of favour in his last couple of seasons at Dortmund and moved to Benfica in January 2020.

The German has won five caps for his country, the last of which came in 2017.

Tuchel is keen to strengthen in a number of positions this summer despite leading Chelsea to Champions League glory just five months after his arrival. 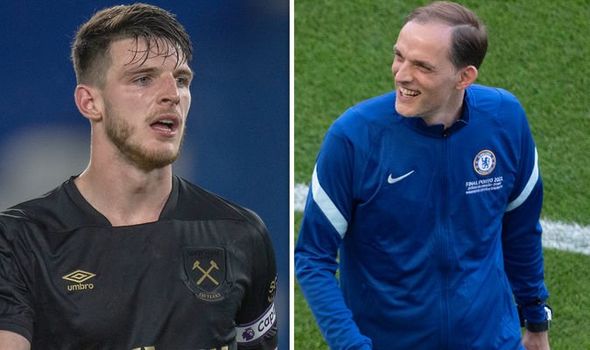 Signing a top-class striker is high on his agenda, with midfielder Jorginho the club’s top scorer in the Premier League with just seven goals.

Hargreaves told Premier League Productions: “I think the big thing for Thomas Tuchel will be the fact he can then say to the club: ‘Right get me some players, get me some of my players that can go and make the difference’.

“I think their top scorer had seven goals, Jorginho – that’s crazy for a Champions League team.

“So I think for Tuchel he can say ‘right get me a centre-forward that I desperately want and need’.

“Finishing the season in the Champions League, strengthening his position.

“He’ll be disappointed [with the defeat against Aston Villa] but delighted he can get some players in to bridge the gap.” 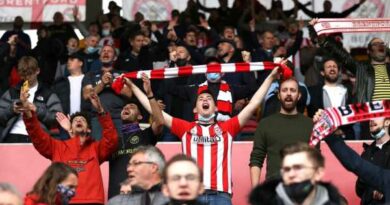 Brentford vs Swansea prediction: How will Championship play-off final play out today?