Chelsea have made a loan offer for Paris Saint-Germain hitman Edinson Cavani, reports have claimed as Frank Lampard looks to move to the front of the queue for the Uruguayan. He faces fierce competition from Atletico Madrid though, with the La Liga giants in pole position to land the 32-year-old. Manchester United and Tottenham could yet throw their hat into the ring as they look to sign a striker following injuries to Marcus Rashford and Harry Kane.

Lampard has been open to bringing in a striker this month to provide further competition for Tammy Abraham and now it looks like Cavani is the man he wants to bring to Stamford Bridge.

According to The Times, Chelsea have made an initial loan offer for the striker in which they have proposed to cover his wages.

Cavani currently earns in excess of £360,000 a week meaning the Blues would pay a total of £7.2million in wages.

They would need to table a further £5m fee to secure the signing of the former Napoli man. 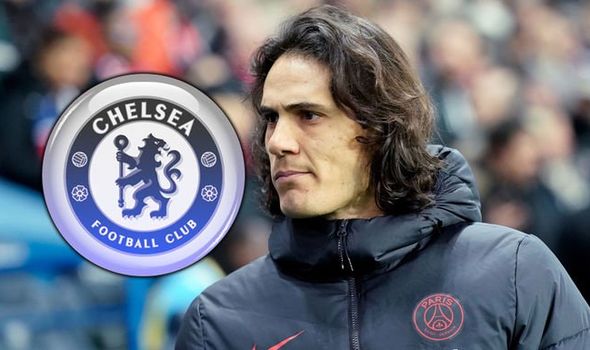 PSG are demanding £17m to let Cavani leave the French capital this month and have already turned down an offer of £8.5m from Atletico Madrid.

Cavani is believed to favour a move to Spain, something that his father confirmed in an interview with El Chiringuito.

Luis Cavani said: “He wants to join another club in Europe.

“That would please me that he plays here (at Atletico), yes.

“(Diego) Simeone wants him now (in January). The head coach of Paris Saint-Germain (Thomas Tuchel) has also said he needs him to help compete in the Champions League.

“But PSG do not want him to go to Atletico Madrid if he finds an agreement.

“I think there is a strong chance he will go to Atletico, the option to join the club (Atletico) always remains in June.

“There are lots of other clubs but when you give your word to a team, you respect it. If tomorrow, if he is available and Atletico still want him, I think he will sign.” 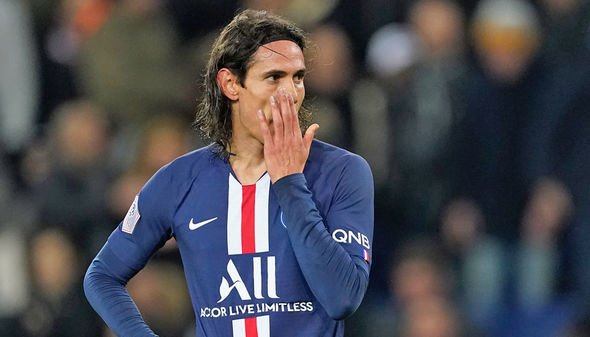 Chelsea boss Lampard has faced Cavani for both Napoli and PSG and couldn’t help but reveal his admiration for the player when asked about links on Monday.

“He’s a great player. I played against him and always loved his mentality and attitude, and his scoring record speaks for itself,” said Lampard.

“I’m not absolutely aware of what the situation is, so we’ll see.

“The idea of bringing in experience is something I’m certainly not absolutely looking away from, because sometimes the young players need a little bit of help, and if that’s the case then that may help us.”

Sancho taken off for tactical reasons during Bayern Munich thrashing

Ewan MacKenna: 'If the FAI want to treat the public with contempt, it should be reciprocated'