Thomas Tuchel is targeting a number of summer arrivals as the Chelsea boss bids to build on last season’s Champions League success.

The Blues were crowned champions of Europe for the second time after beating Manchester City in Porto earlier this month, but they have plenty of work to do if they want to overhaul Pep Guardiola’s men in the Premier League.

Chelsea have finished behind City in each of the last four seasons, with the gap between the two sides last term coming in at a huge 17 points.

Tuchel needs new faces if the Blues want to challenge for the title once more, and Daily Star Sport have all the latest news in our transfer-round-up.

According to ABC Sevilla (via SportWitness), Chelsea are the ‘most likely’ side to land Sevilla defender Jules Kounde.

Kounde, 22, has been attracting interest from a host of European heavyweights this summer, including Manchester United, but now it seems the west Londoners are right at the front of the queue.

The report also claims Chelsea are ‘studying their bid’ for the centre-half, who is expected to cost around €65million.

Who do you think Chelsea should sign this summer? Let us know in the comments section.

Lorenzo Insigne has performed well at the European Championships, scoring once and helping Italy to secure nine points out of nine in Group A.

The Napoli striker has scored 21 goals for club and country so far this term and is a potential target for London trio Arsenal, Tottenham and Chelsea.

That’s according to Italian publication Il Mattino, who claim there is ‘silence’ over his contract, which is set to run out in the summer of 2022.

“I was quite a fan of him when he was even younger. He reminded us a bit of his style of play and movements with Michael Ballack.”

That’s what Tuchel said about Ruben Loftus-Cheek in March – and the German boss will now hand the Chelsea outcast an unlikely lifeline.

Football.London understands that the midfielder who spent time out on loan at Fulham last season will return to Chelsea for pre-season training next month and be given an opportunity to earn a spot in the first-team set-up.

It’s up to Loftus-Cheek to take that opportunity as he looks to rebuild his career at Stamford Bridge. 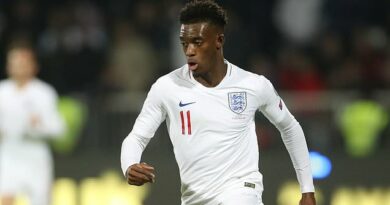