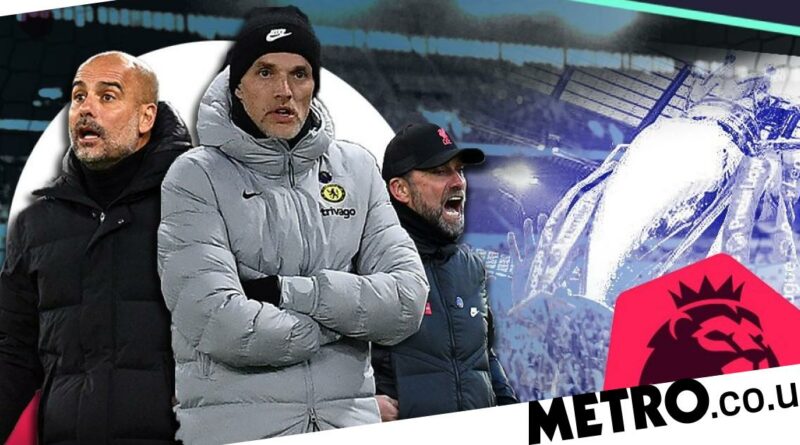 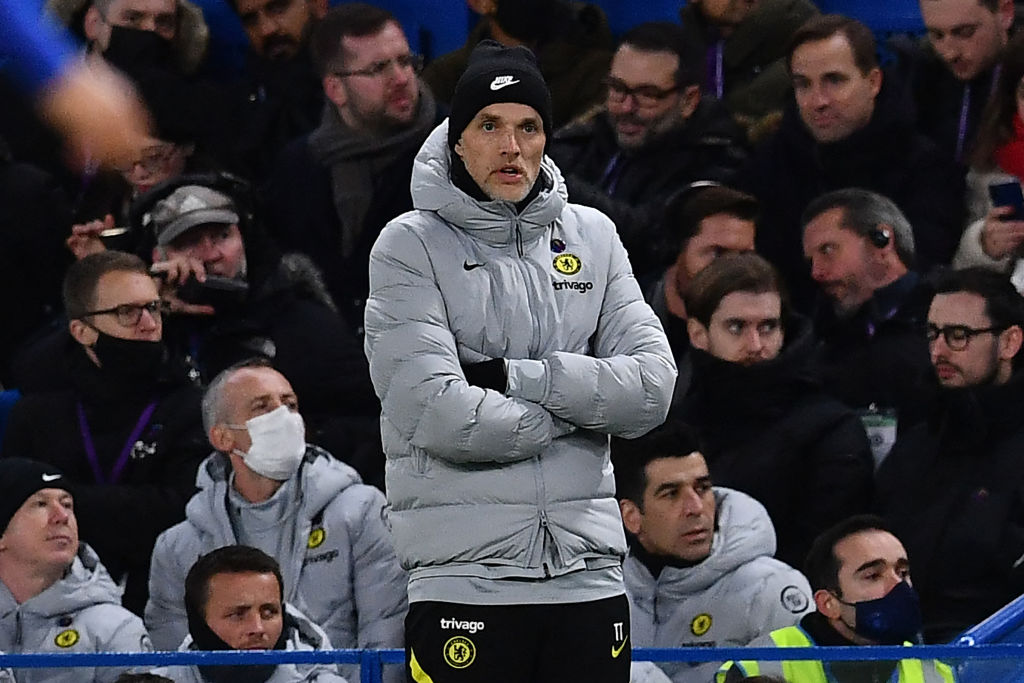 The exhilarating and chaotic 2021/22 Premier League campaign is shaping up to be a three-horse race, with Chelsea, Liverpool and Manchester City already exerting their dominance at this early stage.

England’s top flight is brimming with quality on the pitch and in the dugouts, making for an enthralling spectacle with fans back in the stands once again this season to lap up the drama.

After 14 games, Chelsea sit top of the table despite a few recent stutters and their ever-growing injury list which now includes Ben Chilwell, who was in inspired form before damaging his ACL near the end of November.

Behind them by just one point are current champions City, with Liverpool only a point shy of Pep Guardiola’s side, while fourth-placed West Ham have lagged behind to open up a sizeable gap.

Michael Owen has suggested that the strength of City and Liverpool’s starting XIs is what puts them at a slight advantage over Chelsea, but in what has already been a season of twists and turns, the former Reds striker is expecting the title battle to go down to the wire.

‘I think this title race will go all the way until May. I think all three of them will still have a chance of winning it in May,’ Owen told Premier League Productions earlier this week.

‘I do think the starting XI of Liverpool and Man City are stronger than Chelsea, but Chelsea have got a great manager and a great squad. It could go any way but I’ll stick my pick on Liverpool.’

With so little to separate the sides, the race will be decided by fine margins, and all three teams will undoubtedly encounter bumps in the road on their quest for glory.

Chelsea have looked utterly dominant so far this season, from their solid defence to their explosive wing-backs – the Blues look like a force to be reckoned with.

The impact Tuchel had at Stamford Bridge upon his arrival back in January was immediate, with his side adopting the back three system that has served them so well over his impressive reign at the club.

The former Paris Saint-Germain and Borussia Dortmund coach has created a monstrous backline, while managing to keep the team’s ferocity in attack.

Balance has been the key for Chelsea, and it is what served them so well in their run to Champions League glory last season.

The £97.5million signing of Romelu Lukaku in the summer looked like an instant win, although a mix of a drop in form and an ankle injury has threatened to derail the Belgian’s season, as he has been unable to get back into the team since his recent return.

Despite injuries to Lukaku, Timo Werner, N’Golo Kante, Mateo Kovacic and most recently Chilwell, Chelsea continue to motor towards the title with their strength in depth and will take some stopping.

While they have only lost once this season – against City in September – recent dropped points against United and Burnley will need to be analysed to see what went wrong and how they can equip themselves better to beat teams with a low block.

Given Tuchel’s tactical flexibility and the players coming back from injury in the near future, there is little reason to suggest that Chelsea will encounter too many major stumbling blocks that they can’t sidestep.

Chelsea need to be careful that they don’t rely on their wing-backs for the majority of their goals, especially now Chilwell is facing a spell on the sidelines.

Reece James has contributed four goals and as many assists in the league, which makes him a dangerous weapon to have, but also points towards a lack of firepower in the forward positions

If Lukaku, Werner and Mason Mount – arguably Chelsea’s most effective front three – had been fit and firing for the entire campaign, the numbers may be different. But they haven’t.

The fact that Tuchel has been able to give James and Chilwell the freedom of the wings to motor forward speaks of the German coach’s ability to adapt to the difficult situations that face him.

Other managers may vent their frustrations over the hectic fixture schedule and blame that for the sheer amount of injuries stacking up, but Tuchel has got on with it and found answers to the problems at hand.

Lukaku scored three goals in his first three games, but he hasn’t found the back of the net in England’s top flight since early September.

If the Belgian’s clear knack for goalscoring can be rediscovered, by putting creative players around him and tasking the marauding wing-backs with finding him in the box, Chelsea will be a scary prospect given the fact that they have conceded just six league goals this season.

Klopp wasn’t wrong when he categorised his style of football as ‘heavy metal’, although the rock and roll had to take a back seat when his side won the 2019/20 campaign.

But this season, the high-octane and high-scoring football is back at Anfield, with the Reds finding the back of the net 43 times in just 14 league games so far.

13 of those goals have come courtesy of Mohamed Salah, who recently had to laugh off his seventh-placed finish in the Ballon d’Or despite an outstanding individual year for the Egyptian.

Diogo Jota has also pitched in with eight league goals while Sadio Mane has seven to his name, with Liverpool’s dangerous trio causing teams plenty of problems.

As long as attacking full-backs Trent Alexander-Arnold and Andy Robertson continue to be creative forces, the forwards will get chances and undoubtedly bury them.

Liverpool’s defence has caused them problems this season, with Klopp’s side conceding three goals to Brentford and West Ham – teams that sit below them in the table.

While Virgil van Dijk’s long-awaited return from injury has been a major boost, the Reds are yet to find a regular partner for him at centre-back despite trying with summer signing Ibrahima Konate, Joe Gomez and Joel Matip.

Liverpool have conceded 12 goals this season – double the amount of Chelsea and four more than City.

They have often blown teams away with their immense firepower up front, reducing the need for them to be solid at the back for large periods of the game.

If that goalscoring threat goes away, that’s when they could find themselves in a spot of bother.

January will prove to be a real test for the Reds, as Mohamed Salah, Sadio Mane and Naby Keita are all set to depart for the Africa Cup of Nations, which takes place from January 9 to February 6 2022.

Jota, Roberto Firmino, Divock Origi and Takumi Minamino will be key for Klopp in that period, and if they can navigate it without their forward stars, Liverpool will go into the second half of the season in an extremely strong position.

No striker? No problem for City. The departure of club hero Sergio Aguero last summer sparked links with the centre-forwards in world football, however, none of them ended up at the Etihad Stadium.

Harry Kane remained at Tottenham and Erling Haaland is still with Borussia Dortmund, but Guardiola has managed to find ways to win without a recognised No.9.

Gabriel Jesus has often been shifted out to the right wing, while a whole host of natural wingers have been trialled up front – and it has worked.

City have won 10 of their first 14 league games while scoring 29 goals and conceding just eight, including a crucial victory over Chelsea at Stamford Bridge and an exciting 2-2 draw away at Liverpool.

Phil Foden has come into his own this season with a string of regular starts in the first team as he finally lives up to the big billing he has received.

Joao Cancelo, meanwhile, has proven himself as one of the best full-backs in the league, rivalling the likes of Alexander-Arnold and Robertson in terms of attacking prowess.

The reigning champions know exactly what they need to do to get over the line in the title race, and Guardiola will be hungry for his fourth Premier League triumph at City.

With three league titles in the bag, there is no hiding that Guardiola will feel his job at City is complete when his side finally win the Champions League.

They got all the way to the final last season, only to be beaten by Tuchel’s Chelsea in a narrow 1-0 defeat in Porto.

Should the standings be this narrow come the business end of the season, Guardiola may prioritise European triumph over the Premier League, which could give City’s rivals the slight edge they need to take advantage.

The Manchester club may yet look to bolster their attacking options in the January transfer window, which could be decisive in the title race.

If they don’t, they may struggle to keep up with the amount of goals they are scoring, given Bernardo Silva is their top scorer on five goals, with Phil Foden and Ilkay Gundogan behind on three.

Out of the three teams, Chelsea currently seem to have the upper hand based on how they have coped without key players, Tuchel’s tactical flexibility and their ability to grind out results.

Should more results like Burnley transpire, or more defenders are lost, the Blues’ dominance may falter, but at this stage, they hold all the aces. 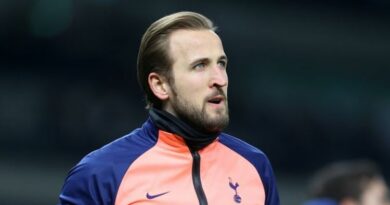 Lucas Torreira ‘open to Arsenal exit after one season’

Burnley ‘could lose £50m’ if Premier League season does not resume