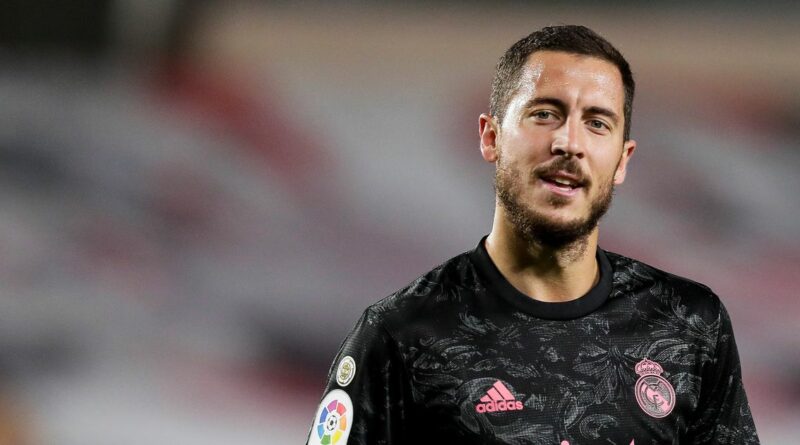 Chelsea will not prioritise the signing of Eden Hazard this summer as they prepare to focus their efforts on recruiting a 'world-class' striker.

Hazard left Stamford Bridge in June 2019 for Real Madrid but has failed to live up to his reputation in Spain.

The Belgian forward was expected to add firepower to Los Blancos' attack, though he has struggled for fitness and with injury setbacks since arriving at the Bernabeu.

Madrid have grown frustrated at the performances of the 30-year-old and are now looking to sell Hazard in a cut-price deal in the coming weeks.

One of the teams reported to be considering a move for the skilful winger is Chelsea.

According to the Sunday World, the Blues have been made aware of Hazard’s desire to move back to Stamford Bridge.

But it’s claimed that a return for the Belgian is not considered a priority for Chelsea’s hierarchy and the club are exploring the possibility of acquiring a striker instead.

Timo Werner has struggled in front of goal for Chelsea this campaign and the London club are now turning their attention to a former player.

Romelu Lukaku is believed to be one of the top choices ahead of the upcoming window and are monitoring his situation at Inter Milan.

Lukaku left Chelsea in 2014 to sign for Everton and has since gone on to prove his goalscoring ability.

He recently helped Inter Milan to the Serie A title under the guidance of Antonio Conte, ending the club's 11-year Scudetto wait.

Inter are looking to reduce their wage bill by 20 per cent this summer and raise €100 million (£86.5m) in player sales by the end of the transfer window.