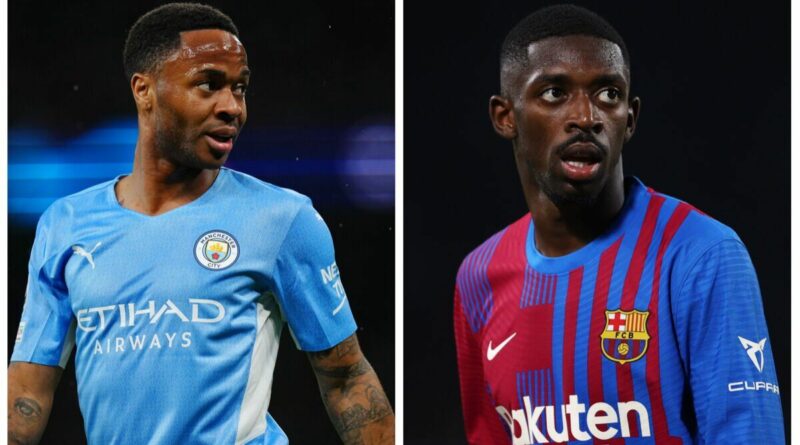 Chelsea have been linked with blockbuster transfers for Raheem Sterling and Ousmane Dembele this summer. New owner Todd Boehly is keen to kick off his reign with some big-money signings to ensure Thomas Tuchel can propel the club among the Premier League’s title contenders.

Manchester City and England forward Sterling could set Chelsea back around £50million. The addition of Barcelona ace Dembele may cost considerably less as his contract is set to expire at the end of June.

However, signing the pair would further bloat Tuchel’s attacking options. The German has a wealth of talent to choose from when he picks his front three ahead of matches.

Express Sport picks out four players who could make way to accommodate Sterling and Dembele.

JUST IN: Sterling to Chelsea transfer concerns raised because of five players 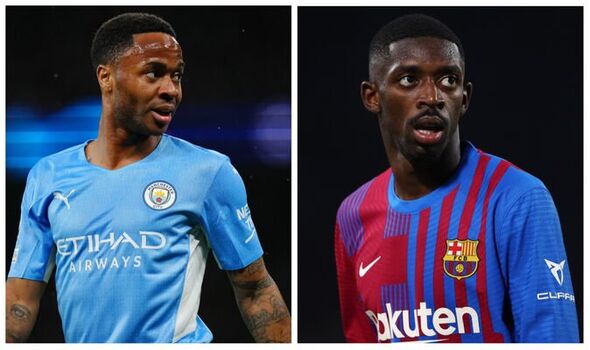 Once one of the most highly rated stars in English football, Hudson-Odoi needs to kickstart his career and will most likely need to do so elsewhere. Tuchel initially tried to use the winger as a wing-back but Reece James has made that spot his own.

The 21-year-old Hudson-Odoi had a transfer to Bayern Munich blocked two years ago before he signed a huge new contract at Stamford Bridge. Injuries limited his appearances last term, but he might otherwise have struggled for regular minutes.

He could be shifted out of the club if Tuchel wants to upgrade his forward line. 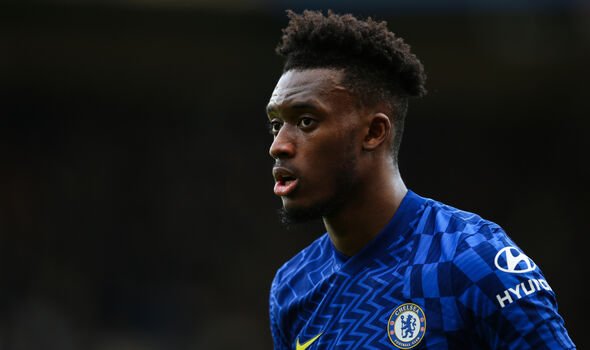 A successful loan at Southampton means Broja is perhaps one of Chelsea’s most saleable assets. The Slough-born Albania international scored nine goals across all competitions for the Saints last term.

Express Sport understands that Broja would be willing to discuss a transfer to another club. West Ham have registered an interest but it could take a bid of £25-30m to prise the 20-year-old away from Stamford Bridge.

The striker is determined to prove his worth to Tuchel in pre-season and make a success of his Chelsea career. But he could still be tempted by a move.

Ziyech has enjoyed fleeting highlights in a Chelsea shirt. There was the stunning goal against Tottenham earlier last season and the FA Cup semi-final winner against Manchester City in 2021. But the Moroccan has done little else to justify the whopping £40m fee Chelsea paid in 2020.

Ziyech has often found his pathway to regular football blocked by Tuchel’s plethora of attacking talent. The potential arrivals of Sterling and Dembele could see Ziyech, 29, decide that he no longer has a future at Stamford Bridge.

Like Broja, Ziyech is another player who could command a high fee. Without Roman Abramovich’s spending power, the Blues must start recouping money for players.

When Kenedy lined up for Chelsea’s final game of the season against Watford, Blues fans would be forgiven for forgetting that the Brazilian was still their player. It was the 26-year-old’s first Premier League appearance since May 2019.

An assist in the win over Watford is unlikely to come into Tuchel’s thinking next season when he streamlines his squad to fit within the Premier League’s 25-man rule. Kenedy is unlikely to get anywhere near the starting 11, either in a front three or as a wing-back. 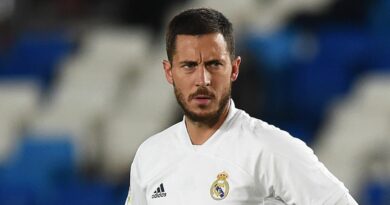 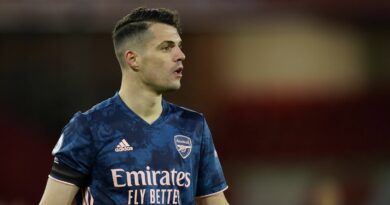