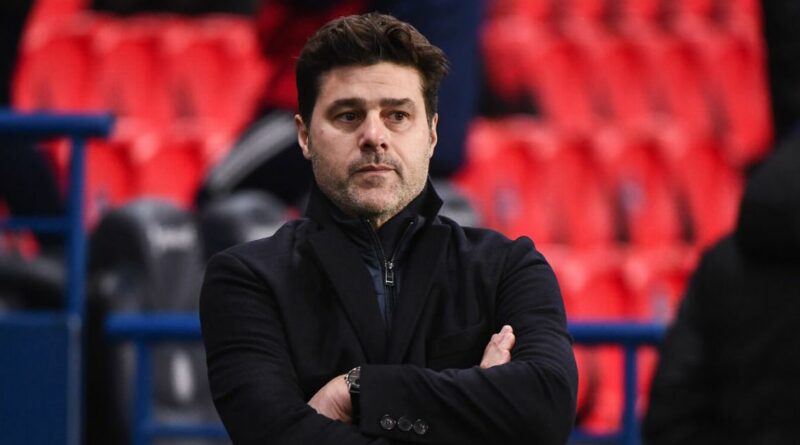 Mauricio Pochettino would have suited Chelsea better than Thomas Tuchel.

Okay, there would have been uproar to begin with from Chelsea fans because of his Tottenham past.

But Pochettino is a proven Premier League manager, knows all the players already, and could have made an impact straight away.

Tuchel could take a couple of months to get used to the league and find out everything he needs to know about his squad.

I know Pochettino took the PSG job at the start of January but Chelsea must have known they were going to sack Frank Lampard.

They could have marked Pochettino’s card and asked him to wait. I think Pochettino would rather be manager of Chelsea than PSG.

It’s more of a challenge for a start. In Paris all he has to do to win that league is make sure his players remember their boots every week.

And he surely would have loved coming back to London to try and show Spurs they’d made a mistake getting rid of him.

I was shocked Chelsea sacked Frank. I thought he would get more of a chance than this.

No-one was queuing up for the job when he took it and they had just sold Eden Hazard and couldn’t replace him.

But he got them into the top four and took them to the FA Cup Final. I thought it was wrong to sack him. Their next few fixtures were all winnable.

And they’ve only given Tuchel an 18-month contract, when they gave Frank Lampard three years.

If he’s such a good manager, why is his contract so short? It shows what they must think of him really. He was probably the best could get at short notice.

But he has a history of being high maintenance and if he falls out with the people upstairs like he has at other clubs, he won’t last long.

Chelsea would have been booed off in his first game if the fans had been in the stadium.

I thought he got the system right. I’ve been saying for ages their squad suits three at the back.

But something has got to be wrong if you’re playing 800-odd passes and you don’t make any clear-cut chances.

I can’t remember the Wolves keeper having a proper save to make. Wolves will you let pass it around in front of them all day if that’s all you do with it.

And Burnley will do exactly the same. They will be quite content to watch Chelsea pass themselves out. Have another 800 passes if you like.

If Manchester City had that much possession in a game the opposition keeper would have to be man of the match to stop them scoring.

But Chelsea had no penetration. No Timo Werner was a surprise for me. But I’m not sure what his best position is any more.

Kai Havertz is a No 10 and played in that position so I think he got that right too. But it was a bit congested with Hakim Zyech playing as a 10 too.

Surely you have to try and get two up front and leave Havertz in the hole on his own?

I was shocked Reece James didn’t play as well. He’s one of the best around in his position and he’s more of a wing-back than a fullback.

I think he didn’t pick Mason Mount because he was trying to draw a line under the Lampard era and Mount was Lampard’s best player.

But there was no movement. It was like Subbutteo football. When the final whistle goes, everyone is in exactly the same position they were when they started.

I worry for Chelsea with what I saw in that game. They never looked like scoring.

West Ham have a real dilemma on their hands over whether to spend big on a striker or not before the deadline.

They have been so impressive this season and David Moyes has got them up them challenging for the top four.

He’s got his players in and done it his way. That is what experienced managers do, they know what they want.

There was loads of dead wood before and it was an ageing squad. But I look at them now and they have legs, pace and energy.

The only worry is if Michail Antonio gets injured again because they’ve got no proven centre forward to come in.

I think they need to buy one. They have to take a chance. Opportunities like this don’t come around too often.

The problem is even if they had £50m to spend, who could you get for that money who would come knowing they’ll be on the bench when Antonio is fit?

They have to do something because West Ham could be playing Champions League football next season. They might not get another chance at it for years.

Ole Gunnar Solskjaer changed his team too much against Sheffield United and it backfired big style.

I can’t catch my breath at what he’s done there. He got it horribly, horribly wrong, and they lost all momentum.

I could not believe what I was watching from Manchester United. Play your best team. Get two goals in front. THEN rest players.

I heard a United fan on the radio saying the team he put out should still have been good enough to win. If it was good enough, why isn’t it playing every week!?

It was madness. Solskjaer was trying to be too clever because they have Arsenal this weekend.

But he’s put his team under pressure now. That could open the door for their rivals, and it means they have to beat Arsenal now.

United could look back on that at the end of the season as the day the title race turned against them. 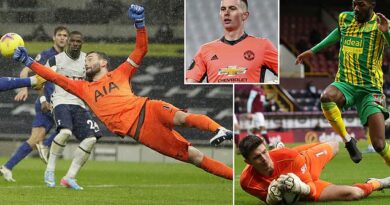 Michael Owen on life in Madrid, the Beckhams, and a Gazza story