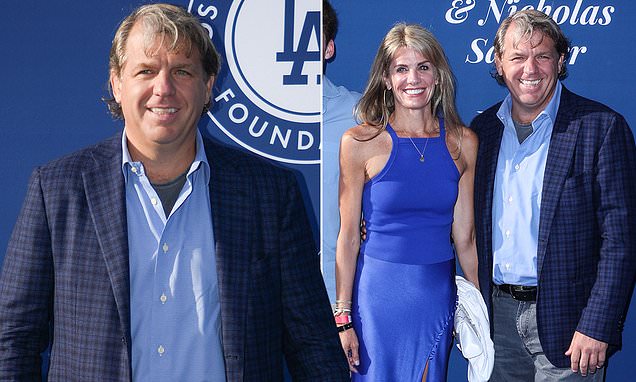 New Chelsea owner Todd Boehly has been pictured at the LA Dodgers Charity Gala with his family, just a day after deeming English football ‘undervalued’.

The 48-year-old was snapped with his wife, Katie, and his three children at the sixth episode of the now-annual charity event, which was attended by several other celebrities including Venus Williams and Rachel Leigh Cook.

The sell-out event was headlined by a performance from Jennifer Lopez, with net proceedings benefitting the LADF charity. 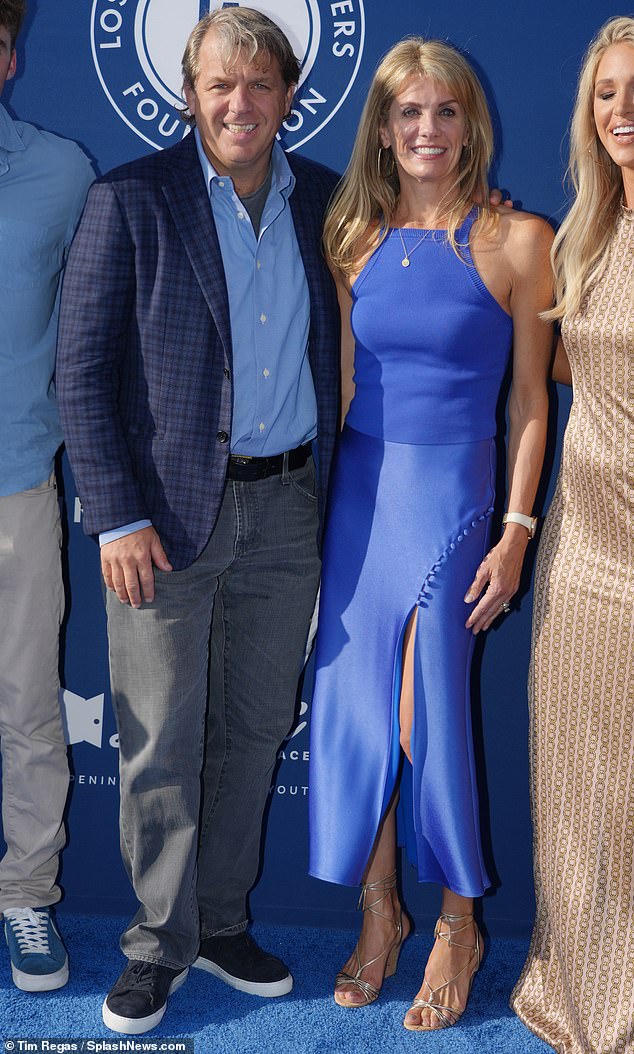 Todd Boehly was pictured with his wife, Katie, at the Dodger Stadium, home of the LA Dodgers 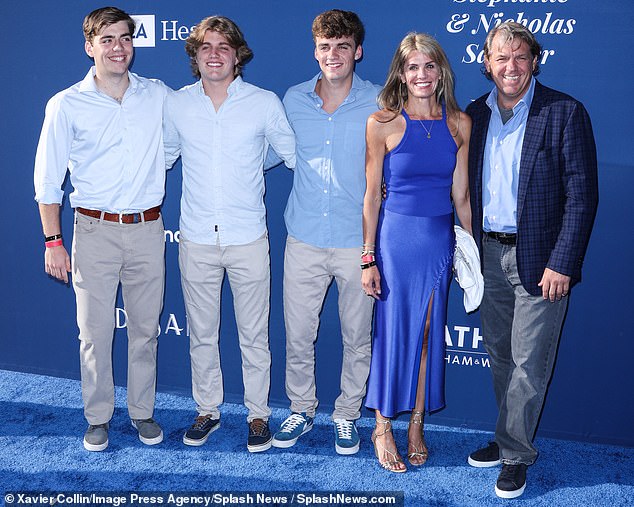 Boehly, who took over as the new owner of Chelsea alongside private equity firm Clearlake Capital at the end of May following the departure of Roman Abramovic, recently spoke out about the untapped potential of the Premier League, claiming ‘they don’t realise how big their opportunity is’.

Speaking at the SuperReturn International private equity conference in Berlin on Wednesday, as per Bloomerang, Boehly said: ‘Let’s get a hold of our destiny and think about how to optimise this.

‘The asset class is getting institutionalised. Now, we are starting to realise the power of these platforms.

‘The big six will become the big seven with the Saudi deal for Newcastle. There is going to be opportunity for everyone to win.’

Boehly’s comments seem to suggest that change is needed in the Premier League if it is to fulfil its potential.

The investor had previously referenced revenue opportunities from sports gambling and better player marketing at Chelsea, as well as more rewards for fans who buy season tickets.

Since Boehly arrived at Stamford Bridge, the cost some of the best seats at the ground have already been increased significantly.

And the American is keen to invest from the get go in the transfer market this summer, with Blues boss Thomas Tuchel reportedly set to be backed to the tune of £200million, with Sevilla defender Jules Kounde and Inter’s Milan Skriniar among the targets.