Chelsea have paid tribute to former player and manager Ken Shellito, who has died at the age of 78.

Shellito spent his entire playing career at Chelsea, making 123 appearances between 1959 and 1965 before injury struck, and managed the club in the 1977-78 season.

‘Chelsea Football Club is extremely saddened to learn of the passing of our former player and manager Ken Shellito at the age of 78,’ said a club statement. 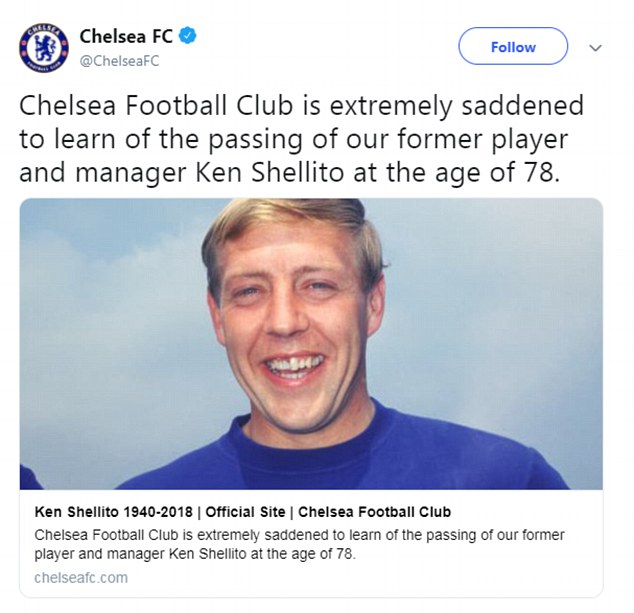 Chelsea have paid tribute to former player and manager Ken Shellito, who has died aged 78 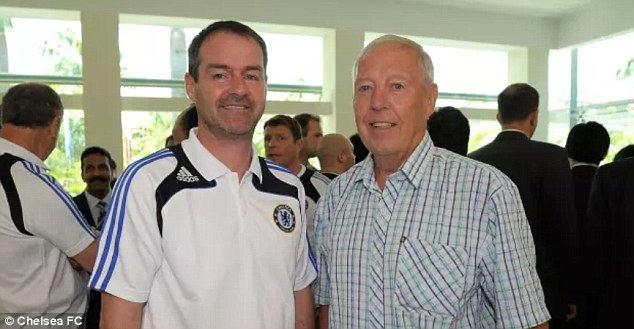 Shellito, pictured with Steve Clarke in 2008, spent his entire playing career at Chelsea

‘A home-grown player who went on to win promotion with the club and represent England in the 1960s, he was also an important youth coach at Chelsea before being put in charge of the senior side between 1977 and 1978.’

East Ham-born Shellito joined Chelsea as a 14-year-old on the same day Jimmy Greaves signed on at Stamford Bridge.

He was part of Tommy Docherty’s side of the early 1960s and helped Chelsea win promotion from the Second Division in the 1962-63 season.

Shellito won his solitary England cap in 1963, but also played against a Rest of the World XI the same year to celebrate the centenary of the Football Association.

He was was forced to finish playing by a serious knee injury, ending his hopes of making England’s 1966 World Cup squad. 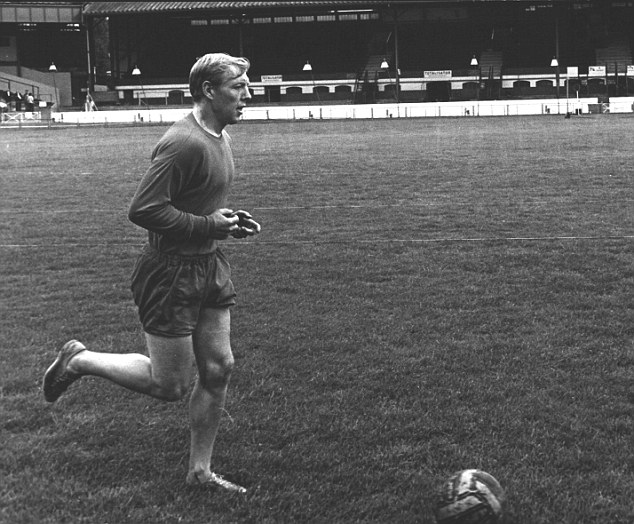 ‘Every time I see George Cohen (England’s World Cup-winning right-back), he says ‘thank you Kenny”, Shellito said in a 2008 interview with the official Chelsea website.

‘It hurts but he does appreciate it. He always says he would not have got in and that is your luck in football.

‘But you can’t feel sorry for yourself too much.’

Shellito also managed Cambridge United before moving to Malaysia, where he became a coach as well as a match analyst for the Asian Football Confederation.

He leaves behind wife Jeany and two daughters. 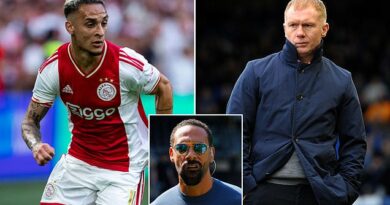