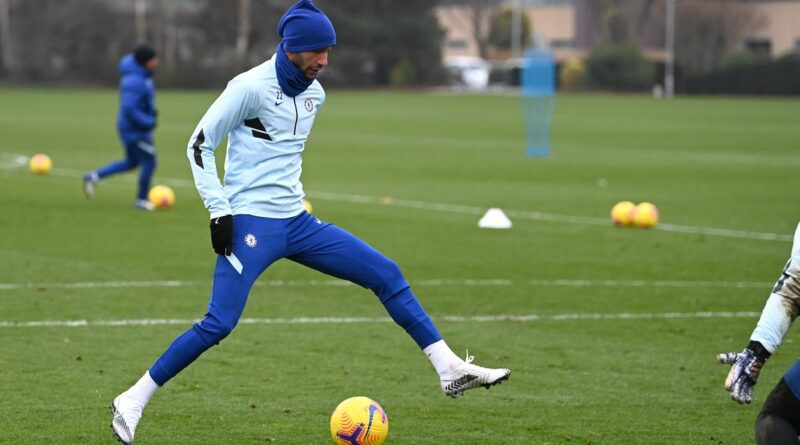 Chelsea will aim to get their season back on track when Manchester City visit Stamford Bridge in the Premier League on Sunday afternoon.

Frank Lampard’s side are in desperate need of a new year victory to put a nightmare end to 2020 behind them, having slumped to three defeats out of six in December.

The visitors head into the game in a richer vein of form, claiming three wins out of five last month before their clash with Everton on December 29 was postponed due to an outbreak of Covid-19 cases in their squad.

Sunday’s showdown therefore appeared to be in doubt, with five City players set to miss out, but against the odds both teams are now set to lock horns in west London.

Chelsea will only be without Reece James after the right-back aggravated a hamstring injury in their 3-1 Boxing Day defeat away at Arsenal.

Hakim Ziyech, who has been absent since sustaining his own hamstring problem in the Blues’ 3-1 win at home to Leeds on December 5, is back in the squad after returning to training last week.

However, Lampard admitted at his pre-match press conference that a decision will have to be made on whether he is fit enough to start.

Given he rushed James back from injury too soon against Arsenal, it would not be a surprise to see Lampard treat Ziyech’s return with more caution and name him amongst the substitutes for Sunday’s meeting with City.

Edouard Mendy is certain to get the nod in goal, sitting behind a back four consisting of captain Cesar Azpilicueta, Kurt Zouma, Thiago Silva and Ben Chilwell.

Lampard has a tough decision to make in midfield, but Mateo Kovacic is expected to pip Kai Havertz and Jorginho to a start alongside N’Golo Kante and Mason Mount.

Callum Hudson-Odoi should keep his place on the right flank after impressing in last Monday’s 1-1 draw at home to Aston Villa, with Christian Pulisic over on the left.

And for what promises to be a high-paced encounter against Pep Guardiola’s side, Lampard is likely to select the mobility of Tammy Abraham over Olivier Giroud at the pinpoint of his attack.