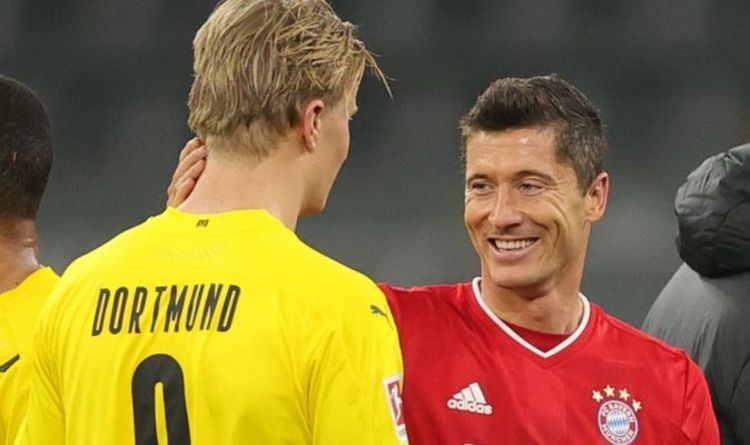 Chelsea hae reportedly turned attention to Robert Lewandowski, with the Blues now prepared to prioritise the signing of the Polish international over Erling Haaland. The Bayern Munich striker has two years remaining on his current contract in Germany but has hinted on several occasions he could opt to try something new for the final stretch of his career.

He’s a player Thomas Tuchel knows very well of course from his time in the Bundesliga with Borussia Dortmund but he has never had the chance to work with him.

Chelsea are looking to add a new marquee addition in attack with Haaland at the top of their shopping list.

Yet Dortmund are continuing to pay hardball and insist the Norwegian is not for sale at any cost.

The Blues are said to have seen a player-plus-cash proposal involving Tammy Abraham and Callum Hudson-Odoi rebuffed earlier this week.

According to The Sun, that has seen them turn their head towards Lewandowski.

Chelsea are ready to smash their club record to land Haaland but he could cost up to £150million.

Reports in Germany claim Dortmund would actually accept £150million though, something that has left Chelsea surprised.

Instead, a £50m move for Lewandowski is now believed to be on the agenda.

Bayern have little interest in losing their talismanic centre-forward but his desire to try a different league has provided Chelsea with hope.

He is now 32 and would represent a different kind of investment than his Bundesliga rival Haaland.

The 20-year-old is open to the idea of moving to Chelsea but will respect his Dortmund contract.

The likes of Manchester United, Barcelona and Real Madrid are all expected to be at the table.

Neither Barca or Real Madrid can afford the player this summer but 12 months down the line, it could be a different story.

That is why Chelsea are so desperate to land Haaland but a £150m is simply not financially viable and they will not be held to ransom by Dortmund.