Chelsea have signed Tariq Lamptey to a long-term contract, knocking back any potential moves from Nice.

The 19-year-old made his debut for the Blues last month after coming on off the bench in their 2-1 win over Arsenal.

Since then, he has made an appearance against Nottingham Forest in the FA Cup.

Chelsea assistant manager Jody Morris is a huge fan of the youngster, who he knows well due to his time previous at the club as a youth coach.

But Lamptey's contract was due to expire in the summer and there were concerns that they could lose their highly-rated ace for nothing at the end of the season.

And the Athletic had reported that Ligue 1 outfit Nice were taking a close look at the teenager over a potential move.

Patrick Vieira was said to have had his sights on Lamptey but Chelsea have now signed him to a new contract.

Lamptey is the seventh academy graduate to play for the Blues this season.

And Lampard was full of praise for the youngster after his appearance against Arsenal.

Who is finishing fourth in the Premier League?

He said: “I’d seen him when I was doing my coaching badges and you do a lot of hours with the academy and youth team. I saw him train a lot and I know he has a different dimension as a right-sided wing-back.

“He has pace, a low centre of gravity and can go by people. Of course he wants to work on his end product and all the last bits.

“My question to Jody when he came on was whether he had got the confidence and personality to deal with this, a tough game with responsibility to try and turn it. Jody said: ‘Yeah, no problem’.

“Lamptey is a credit to Jody and Joe because when we sat and talked over the previous few days, we knew Azpilicueta had a small injury and Reece James was injured.

“We were looking at other options for right-back. They said, ‘Believe in him, trust him because we do’. I listened to that and brought him in. He was a real catalyst because we were getting down the sides and gave us a bit more edge to that.” 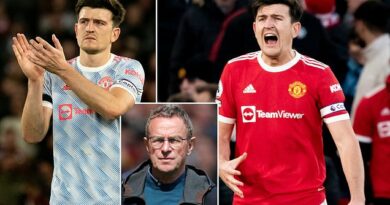