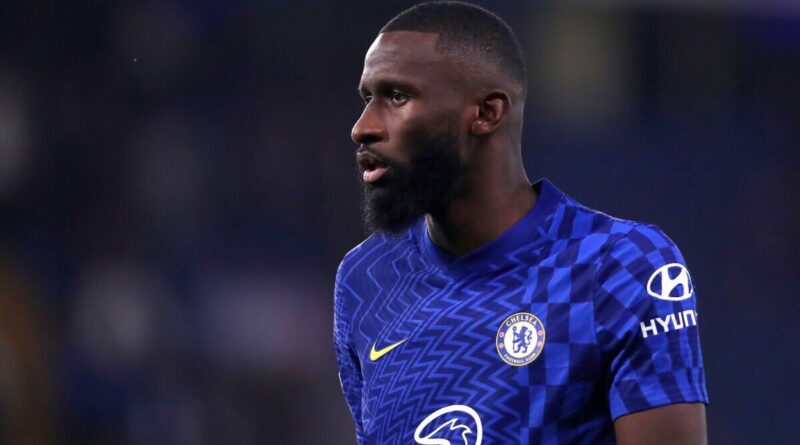 Chelsea star Antonio Rudiger is reportedly one step away from moving to Real Madrid this summer. The defender looks set to depart the Blues at the end of the season when his contract comes to an end.

Rudiger was unable to even hold down a regular starting place at Chelsea under previous manager Frank Lampard. But since working with Thomas Tuchel, he has been one of the best players in the Premier League. And that has brought him to the attentions of a whole host of top clubs across Europe.

The Germany international hasn’t put pen-to-paper on a new deal in west London. And, according to transfer expert Gianluca di Marzio, Real’s move for Rudiger is getting closer and closer.

The Spanish giants intensified talks with the player following his fine performance in the Blues’ recent Champions League match against Real at the Bernabeu. Real have come very close to meeting the high demands of the player – and there is now a feeling that the move will soon be done.

But Los Blancos will still have to see off stiff competition for Rudiger, with Manchester United, Barcelona, Paris Saint-Germain and Juventus also circling. United were the team to offer the biggest pay packet – but it won’t be enough to entice the 29-year-old to stay in the Premier League.

Chelsea shelled out £29million to prise Rudiger away from Roma in 2017. The centre-back had made 72 appearances for the Stadio Olimpico side after coming through the youth system at Borussia Dortmund. He also enjoyed a spell with Stuttgart before moving to England.

He was a regular under Antonio Conte and Maurizio Sarri at Stamford Bridge and was utilised during Lampard’s first season at the helm. But he lost his place at the start of Lampard’s second season as Chelsea’s form went downhill.

Tuchel turned Rudiger’s Blues career around, however, after replacing Lampard in the dugout, and the player played a leading role as his side stunned Manchester City to lift the Champions League trophy last season. And he has impressed once again this time around.

Rudiger’s prospective move comes after he had previously hinted he would stay in west London. “I feel great here, I have always said it,” Rudiger said in February. “I think the way I play you can see that I’m happy here – but there are also other people who have to make decisions.”

But since those comments were made, Chelsea have been unable to hand out new contracts after their owner Roman Abramovich was sanctioned in the wake of Russia’s invasion of Ukraine. The Blues have since been put up for sale.