Olivier Giroud is set to push for a move away from Chelsea in January, as he looks to keep his spot as France’s No 9 ahead of the European Championships next summer. The 34-year-old has been handed an ultimatum by Les Blues boss Didier Deschamps after being that he will not be a part of future squads if he remains on the bench at Chelsea.

Giroud has been a key figure for his country in recent years and led the line admirably to help France win the 2018 World Cup in Russia.

He now has 44 international goals to his name, meaning he is just seven shy of Thierry Henry’s all-time record of 51.

However, his hopes of more opportunities now rest on whether he can find a new club in January.

Deschamps told RTL: “Olivier Giroud knows it – the situation he’s in today cannot drag on forever. Before March he will have to find another situation than this one. 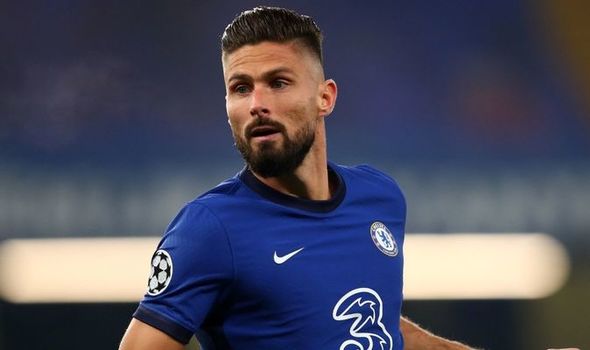 “It is for him to see, he will decide. But in terms of the France team, psychologically and physically for him, he has every interest in having playing time. I hope that by January he will have more playing time.

“After that, he will stay [in the squad] or he won’t. He knows what I think about it, I told him, although I don’t forget what he can do and what he might be able to do again.”

According to The Guardian, Giroud already has a clear idea on where he wants to play.

The report states that he has decided he wants to stay in the Premier League or move to Italy.

The move never happened though and Tottenham and Lazio then entered the fray.

Chelsea director Marina Granovskaia then convinced him to stay and it paid dividends for the striker and Frank Lampard.

Giroud finished the season as Chelsea’s first-choice frontman as the Blues secured a top-four finish and reached the FA Cup final. 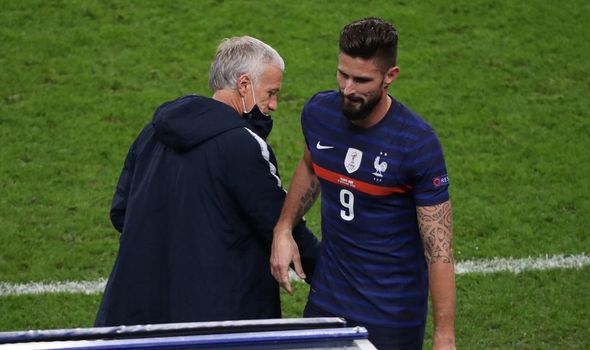 Earlier this year, he conceded that he was ready to call time on his Chelsea career before a swing of the pendulum.

“Even I saw myself elsewhere to be honest,” Giroud said. “I went through six complicated months. That’s why I tried to leave in January.

“I did everything [to leave]. In the end, with the circumstances, Chelsea did not want to let me go. The crucial condition for my departure was to have a replacement.

“The most interesting club for me was Inter Milan. The problem is that it dragged on.

“In the end, and even if Lazio were there towards the end and Tottenham too, it was no longer a question of where I was going to leave but could I leave. There was nothing to do. I was stuck.”