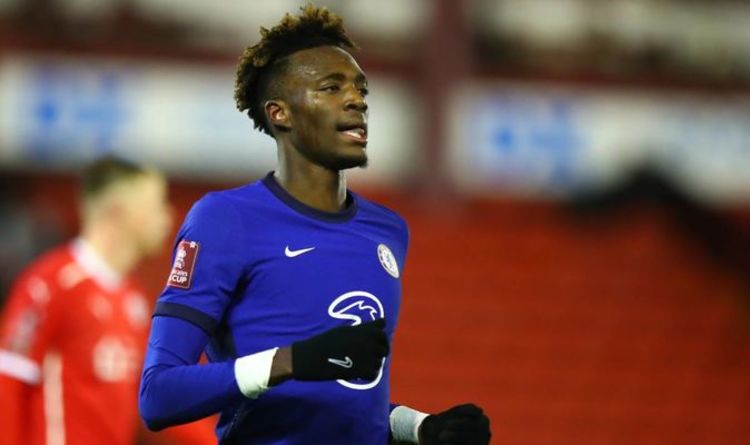 Chelsea star Tammy Abraham has been largely ostracised by Thomas Tuchel since his arrival in January. Under Frank Lampard, the striker was a key player and is the club’s top scorer.

Chelsea’s squad have been left mystified by the continued absence of Abraham from matchdays under Tuchel.

The England international was a key player under Lampard and is the club’s top scorer on 12 ahead of Olivier Giroud.

After a series of poor performances, the Blues legend was sacked and replaced by Tuchel in a whirlwind 48 hour period.

And that has spelled disaster for Abraham, who has missed the last six games through a mysterious ankle injury. 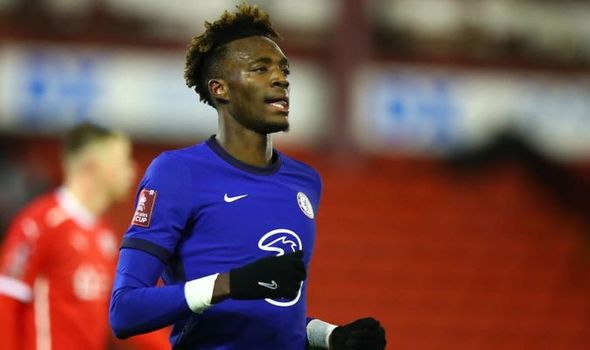 According to the Telegraph, Chelsea players are baffled over the striker’s lack of involvement in recent outings – especially considering the lack of firepower present at Stamford Bridge.

Timo Werner has struggled for goals while Christian Pulisic cannot stay fit as of present.

And his Chelsea team-mates are not the only confused ones, with Abraham himself mystified over his exclusion.

It leads to a potential situation in the summer that the forward could be on his way out of Stamford Bridge when the transfer window opens.

Abraham is disappointed over his situation ahead of the European Championships, which he was desperate to play in but now looks unlikely at best.

Tuchel was brutal when talking about the former Aston Villa loanee, who missed Chelsea’s 5-2 shock loss to West Brom on Saturday, saying: “He was not in the squad. I have to nominate 18 players.

“There are tough choices to make. We take the choices of what the game demands, of what we predict, of the substitutions that we have.

“It’s nothing personal or nothing big. He has the same chance to play every three days like everybody else.”