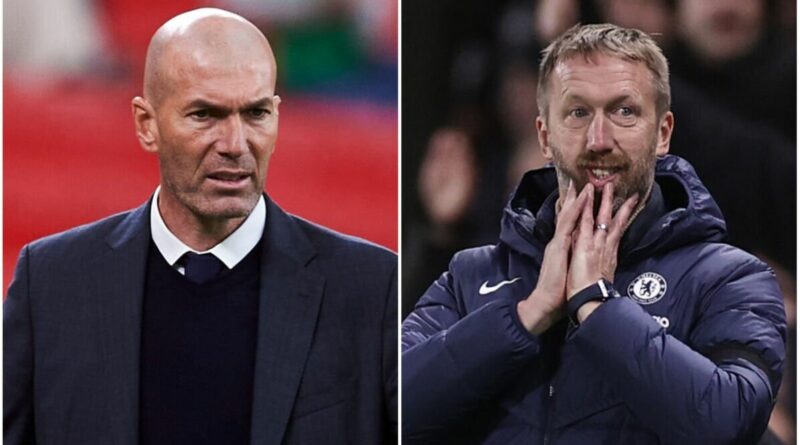 Chelsea chiefs are reportedly thinking about life after Graham Potter with a mammoth offer submitted to Zinedine Zidane. Co-owner Todd Boehly has not been shy in splashing the cash since he took over from Roman Abramovich and he could make Zidane the highest-paid manager on the planet if he opts for a change in the Stamford Bridge dugout.

Potter’s reign in west London got off to a dream start with a nine-game winless streak, including home and away victories over AC Milan in the Champions League. Things started to unravel, however, after suffering a heavy defeat at the hands of former club Brighton in October.

Since then, the Blues embarked on a barren run that saw them win just one Premier League match until Potter’s side edged past Crystal Palace on Sunday. Serious questions have been asked of the 47-year-old, who took on a sizable increase in pressure by stepping into the Blues’ hotseat.

Despite showing the first signs of life in weeks with a win over Palace, courtesy of Kai Havertz’s header, speculation over Potter’s safety persists and reports in Spain indicate that the wheels are turning behind the scenes.

Specifically, OK Diario claim that a huge £44.5million-per-season offer has landed at the feet of former Real Madrid coach and serial Champions League-winning manager Zidane. The 50-year-old has been out of management since 2021 but Boehly is reportedly prepared to make him the highest-paid manager in the world.

“Zidane has a firm offer from an English team,” Eduardo Inda told El Chiringuito. “Specifically, from Chelsea. They have a coach [Potter] who leads the team down the street of bitterness and they are thinking of changing him.

“Graham Potter’s bet has not gone well at all. Zidane’s would be the most important contract for a coach, more than [Diego Simeone’s] £35.6m gross salary, and the Frenchman would be paid £44.5m gross salary per season.”

The entirety of Zidane’s managerial career has been with Real Madrid, in various capacities. The legendary former France international started off as assistant manager before a stint with the B team and two subsequent spells with the first team. During his first spell in the full-blooded Los Blancos dugout, Zidane won an unprecedented three consecutive Champions League crowns between 2016 and 2018.

Despite the rumours and poor results, Potter insists that he retains the backing of Chelsea’s board. “I think there’s always questions if you don’t get results,” he told reporters at the weekend. “I was under pressure after the two defeats before the break – and that’s from the media.

“But in terms of the board, I’ve had full support, but I’m not naive. If anyone that I work for thinks that the problem lies with me then they have every right to say, ‘thank you very much but it’s not working’ and I accept that.” 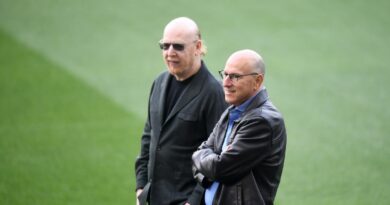