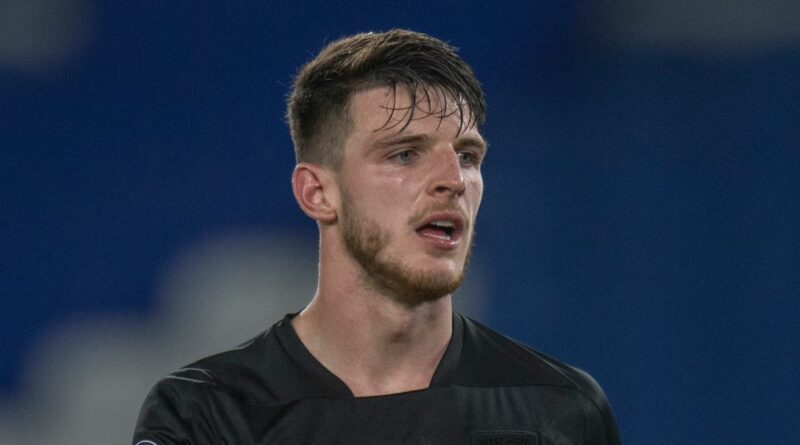 Chelsea have given themselves a huge boost in luring players to Stamford Bridge this summer by winning the Champions League.

£72m midfielder Kai Havertz found a way through Manchester City’s defence to skip past Ederson in the first half as he secured a 1-0 win to lift the trophy in Porto.

Thomas Tuchel is set to be given a new deal at Stamford Bridge following the success, having turned around the season to also finish fourth in the Premier League.

And the German wants to bring in changes, targeting a forward such as Borussia Dortmund’s Erling Haaland or wantaway Tottenham captain Harry Kane.

One of the few notions to survive Frank Lampard’s short reign at Chelsea is an interest in West Ham midfielder Declan Rice, who led his side to the Europa League with a sixth-place finish.

But the role of the Blues’ midfield in the European title win may have put the Englishman off Stamford Bridge, according to former Hammers forward Frank McAvennie

Speaking to West Ham Zone , he said: “Declan looks like he’s enjoying himself. They’re a close-knit bunch of players and I don’t think Declan would want to leave to go to Chelsea where he’s not a big fish.

“He’s a big fish in this team, he’s the main man but at Chelsea, he wouldn’t be the main man, he’d be down the pecking order with so-called superstars [ahead of him].”

Chelsea line up in Olise battle

But the French U19 international – who is also qualified for England – is expected to switch allegiances after the Championship side’s failed promotion push.

And TeamTalk have reported that the Stamford Bridge side, joining an intense transfer battle alongside Leeds, Arsenal, Bayern Munich – who are reportedly closest to his signature – and Ligue 1 champions Lille.

Chelsea’s German defender had a big role to play in the centre of the three-man defence as they denied City any clear-cut chances during the Champions League win.

Antonio Rudiger was one of the players who enjoyed a turnaround under Tuchel, starting all but five games under the winning manager.

But the Mirror have reported that the 28-year-old has ‘passed up’ the opportunity to extend his contract, which currently has just one year left.

While the Blues have also failed to approach the negotiating table over a deal – despite promises before the European final they would speak after Euro 2020.