Fikayo Tomori was again left out of the Chelsea team by Frank Lampard.

Some supporters had expected the 22-year-old England international to get the nod alongside Kurt Zouma against Krasnodar in the Champions League on Wednesday with veteran Thiago Silva rested.

Although he played a key part at the start of the 2019/20 season, Tomori has found starts hard to come by over the past 12 months as Lampard settles on his favoured duo of Silva and Zouma.

In the Brazilian’s absence, Lampard chose to bring Antonio Rudiger out from the cold.

One Blues fan wrote: “Tomori deserves better at this club, he stayed and sacrificed game time for this, I feel for him.”

A second said: “Rudiger is taking minutes away from Tomori. I'm fuming.”

A third added: “Olivier Giroud and Tomori should feel hard done by if they’re not starting a game like this.”

With a fourth asking: “What does Tomori have to do to get a game that's what I'm wondering.”

Lampard said of the decision to rest Silva in Russia: “With Thiago I decided and we decided.

“I speak with Thiago a lot, with the game that we played at the weekend, the journey here [to Russia] and the travel back, we arrive very late back into London on Thursday morning and then we play three games over the next week, we made a choice to protect Thiago.

“We have other centre-backs in the team so it is not hopefully to make us weaker. Someone else gets an opportunity and hopefully takes it.”

Having said of Tomori in September: “I hope he feels the trust in him.

“He showed that last year, starting last season’s pre-season as fifth centre-back in most people’s eyes and then playing 20-plus games for Chelsea, so I have got full confidence in him.”

Before adding: “At the moment I have five centre-backs at the club; I can’t pick a squad which has three of them on the bench. That is the way it is.”

Jan Vertonghen's Tottenham career looks to be coming to an end 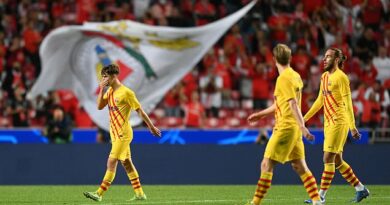 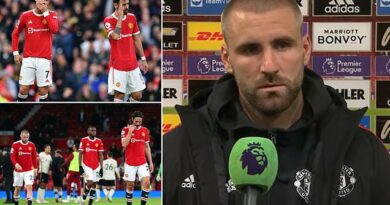 Shaw says Solskjaer is NOT to blame for Manchester United's woe