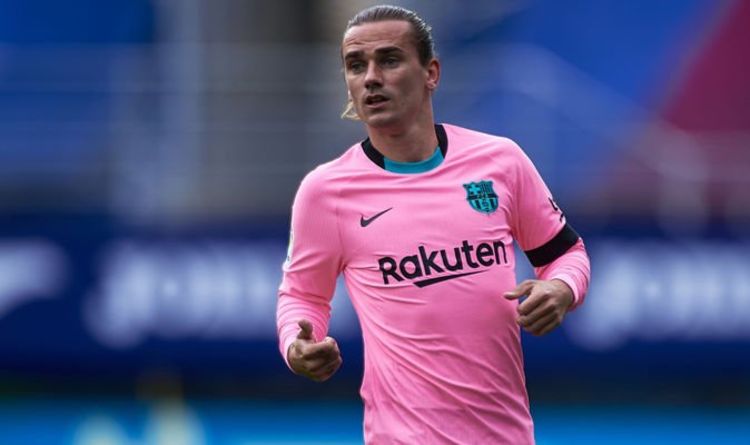 With Barcelona looking to cut several players this transfer window in a bid to afford to keep Lionel Messi and Chelsea are reportedly favourites to swoop for one of their top stars. Antoine Greizmann, 30, is out of favour with the Catalan giants, and looks set to leave this summer.

Spanish newspaper Sport reports that Chelsea are the ‘team that has been the most active in recent days’.

Greizmann will most likely leave on loan, as Barcelona will not be able to command such a high fee for the French international.

The forward’s old club Atletico Madrid are rumoured to be interested in taking him back, however, Barcelona would prefer he moves outside of Spain.

Luis Suarez left for Atletico Madrid the season before on a free transfer, deemed surplus to requirements at Barcelona. He played a vital part in Atletico winning the league last season, so Barca will not not want a repeat of that with Greizmann.

Since moving to Barcelona in 2019, Greizmann has amassed a tally of 35 goals in 99 appearances.

England have four heroes rise up in Denmark win

His only trophy has been the Copa del Rey this season, which has led to critics suggesting Greizmann has not lived up to his £107million price tag.

The World Cup winner would be a welcomed addition to Thomas Tuchel’s squad, bringing with him experience and goals.

Tuchel is in the process of committing an overhaul at Chelsea this summer, with several strikers looking set to leave, including Olivier Giroud and Tammy Abraham.

The rumours of Erling Haaland joining Chelsea have had Blues fans giddy with excitement, and now being linked with Griezmann as well will only heighten that.

Greizmann’s preferred destination is reportedly Madrid, however this move doesn’t seem economically viable as his wages are a staggering £600,000 a week.

Only a few clubs could match those demands, and Chelsea, along with Manchester City who are also reportedly interested, could afford that.

Sport added that Chelsea are ‘very favourably’ considering signing the striker on loan.

It would be a gamble to outright buy Greizmann considering the money that would be involved, so a loan does look suitable for all parties involved.

After a disappointing few years with Barcelona, and still arguably in his peak, Greizmann will be looking for new pastures to revive a once sparkling career.

Chelsea will look set to build on their Champions League victory last season, and Tuchel will be hoping to spend big and spend wisely this transfer window.

By adding the likes of Haaland and Greizmann, along with Tuchel’s management, Chelsea will have a strong chance of challenging for the Premier League title once again. 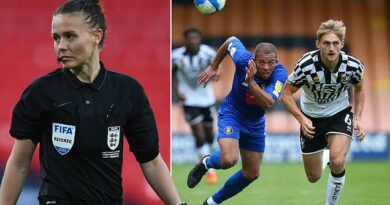 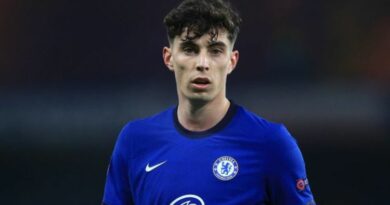