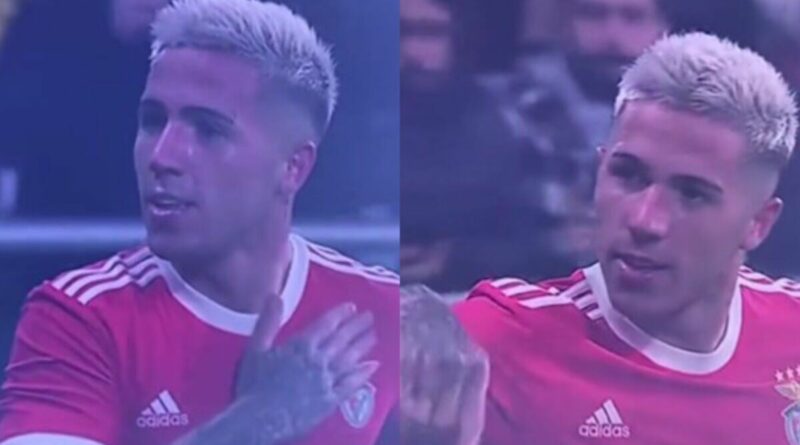 Chelsea transfer target Enzo Fernandez has indicated that he is set to stay at Benfica this month during his goal celebration on Tuesday night. The midfielder had agreed to head to Stamford Bridge before negotiations broke down.

Graham Potter is desperate to strengthen his Blues squad this month, with Todd Boehly already approving over £60million worth of deals over the past few weeks. However, the recent additions do not address Chelsea’s biggest issue – their lack of quality and depth in the centre of the park.

Fernandez was the Blues’ top target heading into January, with his impressive World Cup campaign proving decisive in their approach. However, having only signed the playmaker in the summer, Benfica are not willing to offload their top prospect – instead pointing to his £105m release clause.

Despite that, Chelsea tried their luck with an offer of £86m, which was declined promptly and led to negotiations breaking down. Fernandez now appears content to remain in the Liga Portugal, as he showed during his ‘I’m staying here’ celebration.

After scoring Benfica’s second in their 2-0 win over Varzim in the Taca de Portugal Cup, the playmaker celebrated with his teammates before turning to supporters and tapping the club’s badge. Fernandez then pointed to the ground and tapped the badge again – implying that he is happy to stay at Benfica.

The message behind the celebration won’t come as a surprise to manager Roger Schmidt, who has continued to defend his player. Speaking after the match, he said: “I had no doubts about his attitude and his personality. He’s a great guy, he’s at Benfica and he loves to play for Benfica. Do I expect him to continue? Yes, I hope.”

Unless Chelsea have a change of heart and decide that Fernandez is worth breaking their club transfer record for then Potter will have to assess other options in the market. England internationals Jude Bellingham and Declan Rice are both admired, though largely deemed unattainable by their respective sides, Borussia Dortmund and West Ham, until the summer.

Brighton star Moises Caicedo is another target at Stamford Bridge, with Potter keen to reunite with the Ecuador international. The 21-year-old has caught the attention of several top sides over the past 12 months, with Liverpool also interested in the midfielder. Brighton are in the heart of a European charge and reluctant to part ways with any of their most important stars, which includes Caicedo. 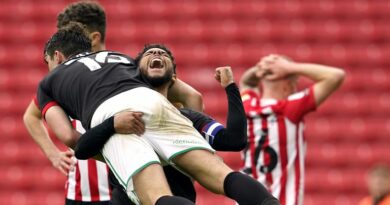