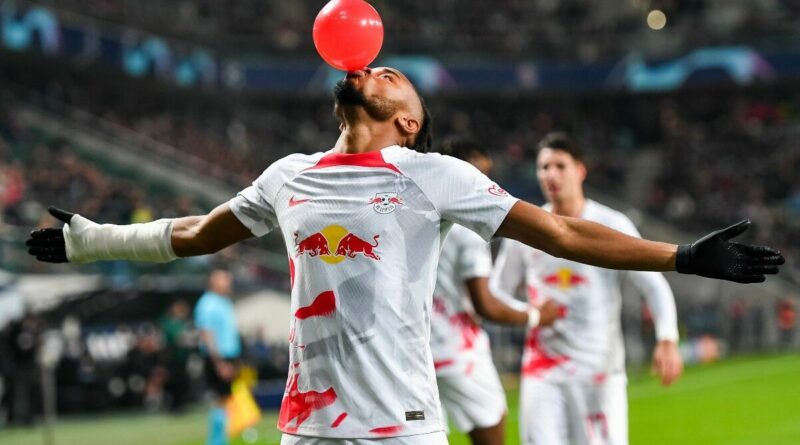 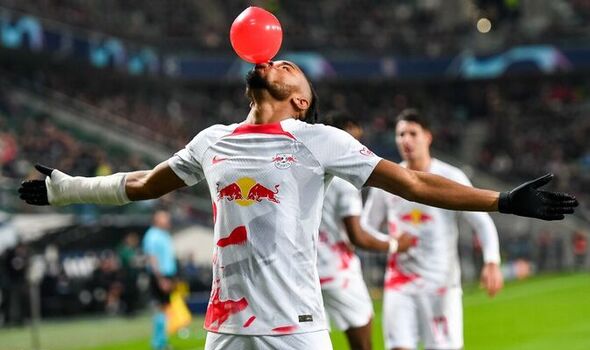 Christopher Nkunku has given a charming reason why he chose his rather unique goal celebration after scoring for RB Leipzig on Wednesday when he blew up a balloon. The 24-year-old has been heavily linked with a big-money move to Chelsea heading into next year having impressed at Leipzig.

The Frenchman has been banging in goals for fun with the Bundesliga outfit, ending last season with an impressive tally of 35 in all competitions. He’s started this season in similar fashion with 14 goals, but his latest effort against Shakhtar Donetsk grabbed plenty of attention.

But it wasn’t the finish which had people talking, more the unique celebration. Nkunku ran off to the corner flag to celebrate with his team-mates before reaching down to pull something out of his socks.

Cameras then panned back to the forward, who had taken out a red balloon before blowing it up and then tucking it back into his sock. The unique goal celebration had fans talking on social media and questioning the meaning behind it all.

RMC Sport claim Nkunku indicated to them the actual reason for blowing up a balloon. The Leipzig forward reportedly indicated that he made a “promise” to his two-year-old son to blow up a balloon if he scored against Shakhtar.

Nkunku previously credited the birth of his first child back in November 2020 for his ‘newfound sense of responsibility’. The France international originally began his career at Paris Saint-Germain, coming through the ranks at the Ligue 1 outfit.

Despite showing promise as a teenager, PSG eventually let Nkunku leave to join Leipzig in 2019. He appeared to settle immediately, finishing his debut season in Germany with 16 assists in all competitions.

But it was last season where Nkunku truly began to make a name for himself on the world stage with Chelsea now showing strong interest in signing him. The Blues were put off by Leipzig’s huge asking price, but Nkunku supposedly signed a new deal which included a far cheaper release clause.

Recent reports have even indicated that an agreement is already in place for Nkunku to join Chelsea next year. 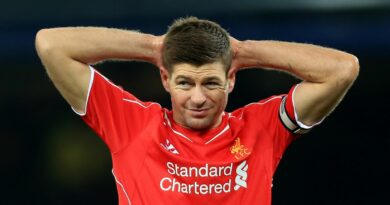