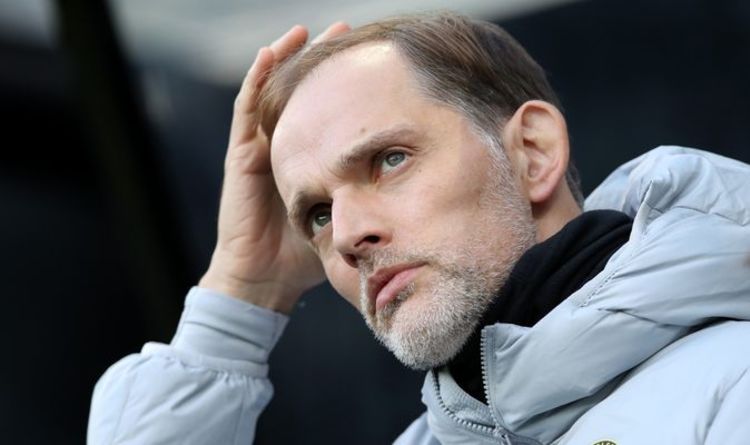 Chelsea boss Thomas Tuchel will be hoping to claim another valuable three points when the Blues travel across London to face West Ham United this afternoon. The European champions are currently leading the way in this season’s Premier League title race but will be tested by the Hammers, who look set to compete for a top-four finish between now and the end of the campaign.

Chelsea did the double over West Ham last season without conceding a single goal and will fancy their chances of registering another victory over their cross-city rivals this time around.

However, Tuchel is expected to make a number of changes to the side that played against Watford on Wednesday evening as their fixtures begin to arrive thick and fast ahead of the festive period.

Express Sport takes a look at the Chelsea side that could be tasked with claiming the spoils against West Ham at the London Stadium later today.

Edouard Mendy has established himself as one of the world’s best goalkeepers under Tuchel’s guidance and will almost certainly feature against the Hammers.

The 29-year-old has already registered 11 clean sheets in all competitions this season and will be looking to add to his impressive tally with another strong performance this afternoon.

JUST IN: Newcastle could make January bid for exciting striker to rival Wilson

He will need to work hard to shut out the likes of Michail Antonio, Said Benrahma and Jarrod Bowen over the course of the 90 minutes in east London.

Chelsea will be forced to deal with the absence of Trevoh Chalobah, who was forced off with an injury during Wednesday’s match against Watford.

The 22-year-old could be replaced by Thiago Silva at the heart of the Blues defence, while Andreas Christensen is also likely to return to the fold.

Antonio Rudiger, who has been heavily linked with a future move to Real Madrid in recent weeks, will complete Chelsea’s back three in his usual role.

Reece James will be available for selection after missing the win over Watford in midweek and could be fast-tracked straight into Chelsea’s starting side.

However, the Blues will remain without long-term absentee Ben Chilwell, leaving Marcos Alonso as the obvious choice to feature on the opposite flank.

N’Golo Kante and Mateo Kovacic will also be unavailable in the middle of the park, suggesting that Ruben Loftus-Cheek could be poised to keep his place in the side.

Meanwhile, Jorginho is expected to come back in for Chelsea after placing third in the Ballon d’Or rankings behind only Robert Lewandowski and Lionel Messi earlier this week.

Romelu Lukaku is likely to lead the line for Chelsea this afternoon despite failing to score in the Premier League since mid-September.

He will be desperate to end his goal drought with a match-winning contribution against West Ham as the Blues look to maintain their advantage at the top of the Premier League table.

Lukaku could be supported by Mason Mount on one side and Callum Hudson-Odoi, who will be fresh after he was rested against Watford, on the other.

Timo Werner is also likely to be in the matchday squad, but could be consigned to a spot on the bench as he continues to ease himself back into action following a muscular injury.