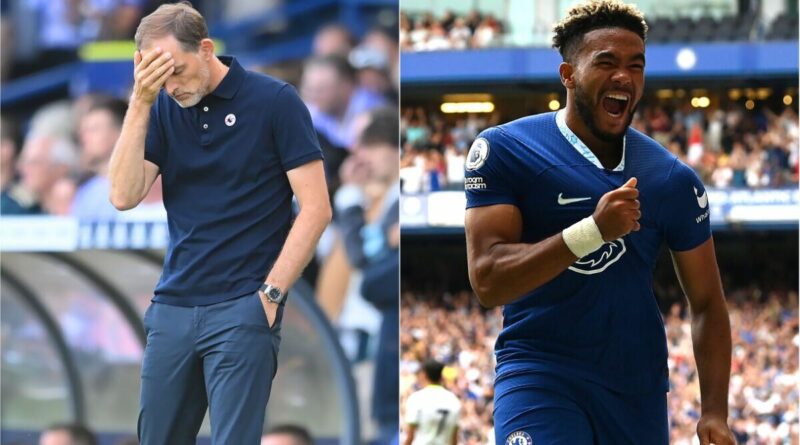 Despite not being able to watch his side from the sidelines, Thomas Tuchel will be hoping that rejigging his starting eleven will spark a reaction from his Chelsea team. The Blues have failed to impress in their opening three matches of the season and take on Leicester on Saturday (3pm) at Stamford Bridge.

The Blues were humiliated against Leeds last weekend, with Brenden Aaronson, Rodrigo and Jack Harrison getting on the scoresheet to secure a memorable three points for Jesse Marsch’s side. Chelsea looked out of sorts that day and certainly lacked the creativity and intensity that saw them draw with Tottenham previously.

Leicester head into the match on the back of a 2-1 defeat to Southampton, meaning that they are winless after their opening three matches of the new campaign. Wesley Fofana has been at the heart of conversations involving the Foxes this week, and Chelsea’s transfer target will not feature against them.

Chelsea will see Saturday’s match as a prime opportunity to secure their second win of the campaign, though Tuchel has not welcomed any new signings since the defeat to Leeds and will therefore be hoping for a reaction from the same crop of players. Express Sport takes a look at the starting XI Tuchel is likely to opt for. 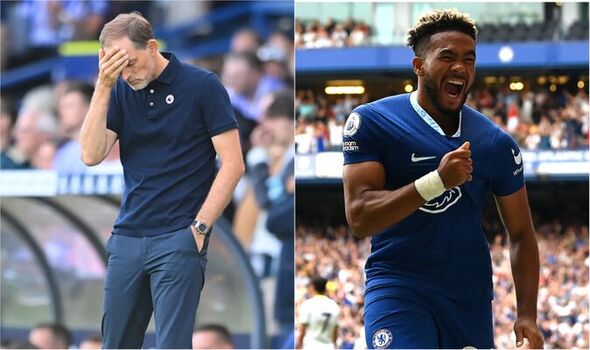 Despite his costly error against Leeds last weekend, it is unlikely that Tuchel will drop Mendy on Saturday. The Senegalese shot-stopper has impressed previously and a rare blip is unlikely to give Kepa Arrizabalaga a chance of starting against the Foxes.

With Kalidou Koulibaly serving his one-match suspension, Tuchel will need to rethink his defensive line-up so that the absence of the former Napoli star is not noticeable. It has also been glaringly obvious that deploying Reece James as a right-sided centre-back is stripping him of his best attributes, and it is important for the England international to return to right-wingback.

Therefore, it may now be time for Marc Cucurella to be given an opportunity in central defence. The Spaniard was magnificent in the role previously at Brighton due to his ability to bomb forward and cause overloads whilst also recognising when he is needed in defence.

If Cucurella is played in central defence, Cesar Azpilicueta could return to the starting eleven to provide some more defensive stability. The Chelsea crowd will be expecting a significant reaction on Saturday and therefore Azpilicueta’s experience could also be a key consideration for Tuchel. 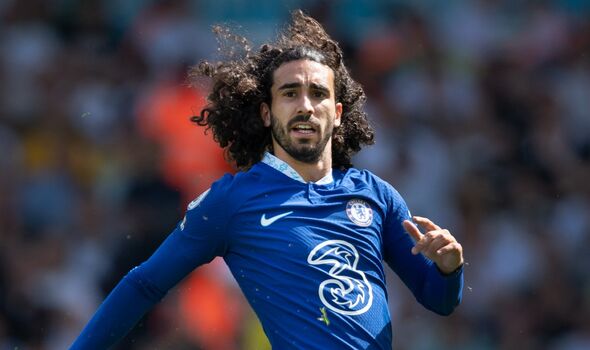 As mentioned previously, James returning to a more attacking role will be central to Tuchel’s thoughts – and the arrival of Wesley Fofana cannot come soon enough in regards to this. In central midfield though, changes are unlikely.

Tuchel confirmed in his pre-match press conference that N’Golo Kante will be absent for at least another four weeks, whilst Mateo Kovacic has returned to first team training but is only capable of 20 minutes of playing time at this stage. Thus, the duo of Jorginho and Conor Gallagher are likely to remain, with Ruben Loftus-Cheek another option in the centre of the park.

At left wingback, Ben Chilwell could make his second start of the season, assuming that Cucurella does drop back into defence. The ex-Leicester City star has performed well against his former club previously, and another attacking player on the pitch is far from a bad thing given Chelsea’s lack of creativity so far this campaign.

Chelsea lacked a lot in front of goal against Leeds, and generally this season. However, their frontline is still a significant work in progress and the trio are still getting to grips with their roles and how their free-flowing attack will work moving forwards.

Raheem Sterling has been somewhat unfortunate not to open his account for the Blues so far this season and Leicester’s leaking defence provides him with a great opportunity to do so. The forwards will need to prove their worth though with the arrival of Pierre-Emerick Aubameyang on the horizon, who certainly does not intend on returning to the Premier League to warm the bench.

Ryan Giggs accused of wanting sex all the time, 8 affairs and ‘blackmail’ email