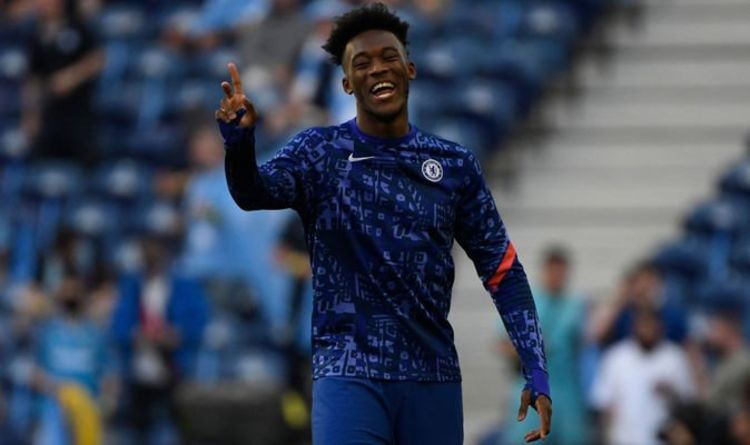 Chelsea: Tuchel explains why Abraham was not in squad

Chelsea are willing to let striker Tammy Abraham go out on loan with a view to a permanent deal. The England striker is a player that Chelsea manager Thomas Tuchel is prepared to sacrifice to bring funds in in the search for a new front man.

Chelsea are still pursuing a move for Borussia Dortmund’s £170million Norway striker Erling Haaland, and are trying to clear the decks to fund the deal and his wages.

Several clubs have shown interest in Abraham, now 23, with Arsenal, West Ham and Aston Villa all keen on a deal – but the £40million price tag placed on the striker by Chelsea has put bidders off.

Chelsea though at the moment are prepared to let Abraham go out on loan this coming season if a deal with a permanent switch can be secured.

Abraham is on around £82,000 a week at Chelsea and still has two years of his contract left to run – but played only 17 minutes of football under Tuchel in the final three months of last season.

However, the Londoner has netted 30 goals in 82 games for Chelsea and is a proven goalscorer at Premier League level.

Dortmund are holding out on Haaland, insisting they do not want to sell. Chelsea are also interested in Inter Milan’s Romelu Lukaku, but again the Italian club have said no, and other options such as Stuttgart’s Austrian striker Sasa Kaladzic are now being considered.

Meanwhile, former Crystal Palace chairman Simon Jordan reckons Abraham has the ability to lead the line for a top club.

“I think he can play at the very highest level,” Jordan told talkSPORT. “But for reasons of style of play, I very much doubt it’s attitude because the feedback I get on this boy is that he’s a very good, decent young man, and if you look at his goalscoring record which is close to one in two, but I just don’t think he fits into the model that Chelsea have for the way they want to play currently.

“With the personnel they’ve got there, Thomas Tuchel is maximising the potential and setting them up in a certain way.

“Tammy Abraham going out of Chelsea, I think he’s got a couple of years left on his contract, that means the club can hold out for a value.

“Then you’ve got two considerations in there. You’ve got a Covid-19 landscape and what is value in this marketplace and where are people going to go? At £40million does he represent a market price given the landscape of football finances?

“And where will he go to from the player’s aspiration side of things? If I was a chairman of a football club, a top six club which is where I think he’ll land, whether that’s in Europe or this particular league, I think £40m is probably a little bit toppy as a straight, nailed-on payment.

“Whether it’s a club like Barcelona, because I can see him going somewhere like that, or a club in Italy, or one of the top six in this country. I think this boy can play in a Man United side.

“I think he’s a really good player, I’m surprised he’s not featuring, but I can also see the way Chelsea are setting up that he doesn’t and won’t give them what they want in that particular set-up.”