Frank Lampard has made the call to flog the defender after a series of explosive rows at Stamford Bridge.

The Blues are now ready to agree a move with their London rivals.

Luiz has been trying to force through a transfer to the Emirates Stadium behind the scenes.

And his desire to head for Arsenal emerged this afternoon ahead of tomorrow’s Premier League transfer deadline.

Arsenal are now on course to sign the experienced 32-year-old, reuniting him with former manager Unai Emery.

The two worked together at PSG and now Luiz will solve Emery’s crisis at centre-half ahead of the new season.

William Saliba was signed from Saint-Etienne for £27m earlier this summer but he is staying at the French club on loan until the end of the season. 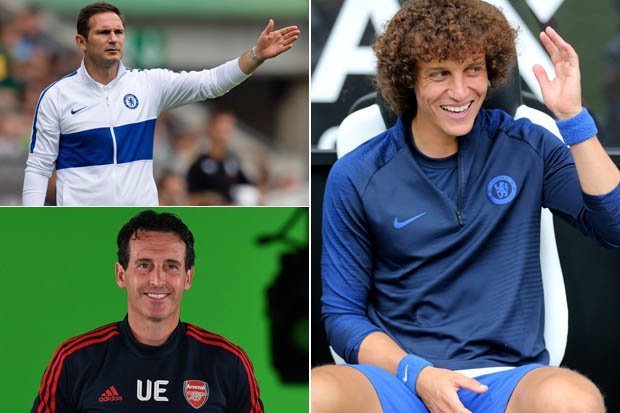 “Luiz did not train at Cobham today”

As a result, Arsenal have pursued a late deal for Luiz.

And Lampard has given the green light to the move amid escalating tensions.

Luiz did not train at Cobham today ahead of Chelsea’s Premier League opener on Sunday at Manchester United.

While he was a regular under Maurizio Sarri last term, Luiz felt his game time would reduce with former team-mate Lampard at the helm.

He subsequently made his stance clear, despite having only penned a new two-year contract in May.

According to the Mirror, he has been ‘acting up’ at Chelsea this week, and the club are subsequently expected to agree an £8m sale to Arsenal.

If a move is completed in time, he could well be in the Gunners’ starting line-up on Sunday when they play Newcastle at St James’ Park.

Another deadline day addition at Arsenal is expected to be injured Kieran Tierney.

A £25m fee has now been agreed with Celtic although the talented left-back is still some way from returning to fitness. 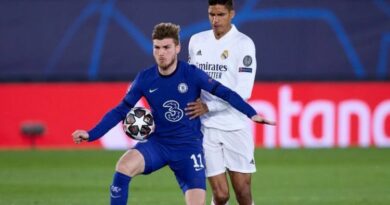 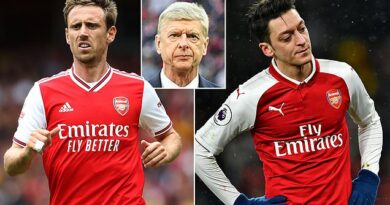 Ozil had 'problems with everyone' while at Arsenal, says Monreal