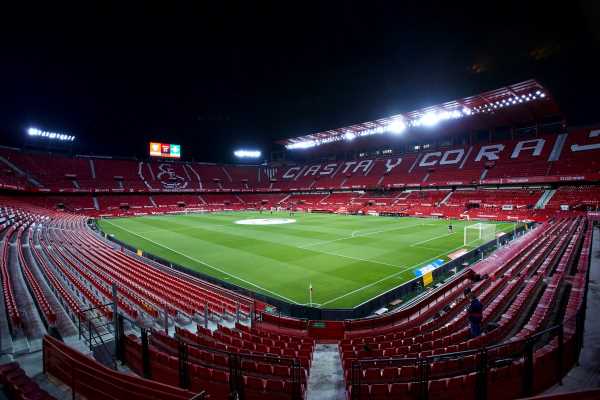 Chelsea will play both legs for their Champions League quarter-final against Porto in Seville, Uefa has confirmed.

The first leg of the tie will take place on 7 April at Sevilla’s Estadio Ramón Sánchez-Pizjuán.

The Blues have fond memories of the Andalusian stadium, having thrashed the Spaniards 4-0 in this season’s group stage, with Olivier Giroud grabbing a hat-trick.

A statement from the governing body read: “Uefa is able to officially confirm that the Uefa Champions League quarter-final first and second leg matches involving FC Porto and Chelsea FC, will now both be played at the Estadio Ramón Sánchez-Pizjuán in Seville. The dates of the matches (7 April and 13 April 2021) and the kick-off times (21:00CET) will remain the same.

The Blues have a superior head-to-head record over the Dragons, winning five of their eight meetings.

The last meeting between the sides was in 2015, with Chelsea running out 2-0 winners at Stamford Bridge, thanks to an Ivan Marcano own-goal and Willian strike.