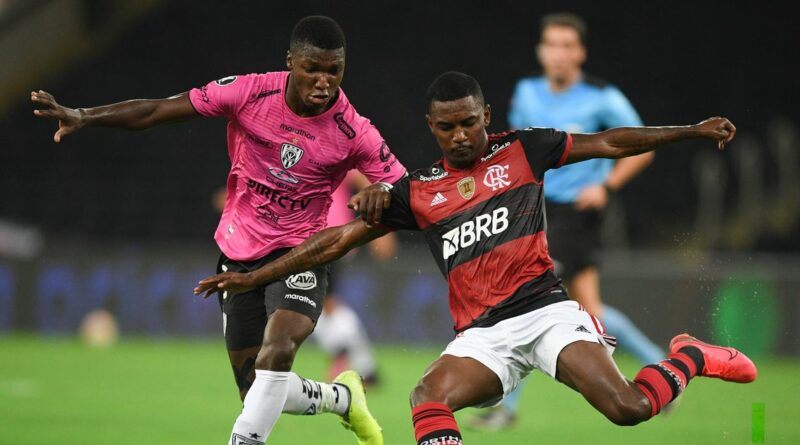 Manchester United are facing fresh competition for Moises Caicedo, with reports from the midfielder's native Ecuador claiming Chelsea have joined the race for his signature.

Caicedo, 19, emerged as a January transfer target for United after bursting onto the scene with Independiente del Valle last season.

The central midfielder came through the ranks with the Ecuadorian club and made his senior debut in October.

A first Ecuador cap soon followed and Caicedo has since made a further three national team appearances, scoring once.

His accomplished performances while still a teenager have grabbed the attention of clubs across Europe, including Manchester United, West Ham and Ajax.

But Ecuadorian outlet El Telegrafo claims Chelsea are also keen on Caicedo, and rubbished rumours United are close to agreeing a £5.5million fee for the player.

"There is interest from various teams for Moises Caicedo and we believe that we will not have him this year," said Morales.

"There is much speculation with Moises Caicedo, but we haven’t had any communication with Manchester United.

"We are surprised that they even talk about values, but we haven’t spoken with Manchester United, although we have spoken with other great teams in the world."

In a separate interview with Machdeportes , Morales added: "There is another club interested in England and also a team of the five top leagues in Europe.

"We have two strong teams from Europe interested in him, without reaching any agreement yet, but we hope their negotiations will be quick."

Meanwhile, Manchester United are hoping to unveil Amad Diallo later this week as the Ivorian youngster prepares to complete his transfer from Atalanta.

Do Manchester United need a new central midfielder? Have your say in the comments.

Aaron Ramsey back for Wales against Republic of Ireland, says Ryan Giggs

Celtic have a point to prove after December defeat to Rangers, says Callum McGregor