Chelsea ‘told they can sign Ajax’s Nicolas Tagliafico for £22.4m in the summer’ as Frank Lampard looks for a new left-back

Chelsea have reportedly been told that they would be able to sign Ajax left-back Nicolas Tagliafico for just £22.4million in next transfer window.

The 27-year-old has established himself as one of the top left-backs in Europe, having helped guide the Dutch side to the Champions League semi finals last season.

However, Tagliafico is reportedly seeking a new challenge, with Chelsea, Arsenal Barcelona and Atletico Madrid interested. 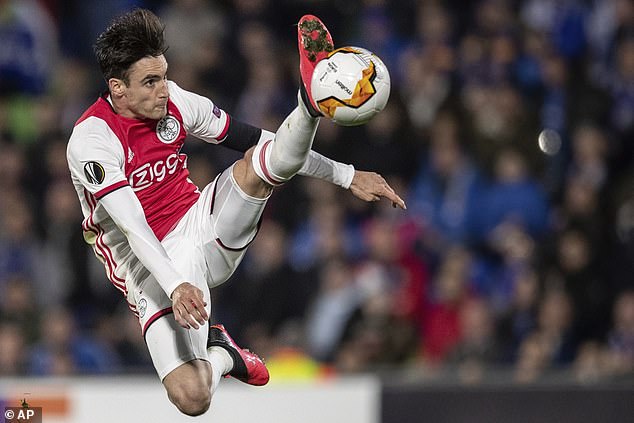 And The Telegraph claim the Blues have been made aware of what would be a very reasonable asking price.

Chelsea have a good relationship with the Dutch outfit, having already agreed a fee in the region of £37m for winger Hakim Ziyech.

Tagliafico is believed to be open to a move to London,and is eager to challenge himself in the demanding Premier League.

Speaking earlier this month to Argentinian station Radio Continental, the Argentine said: ‘Ajax it’s a great club, but as a player of course you dream of playing in the biggest leagues and the Premier League is right now the most competitive one, a bit above La Liga and Serie A.’

Tagliafico has scored six goals in 68 appearances for the Dutch giants since joining in 2018. 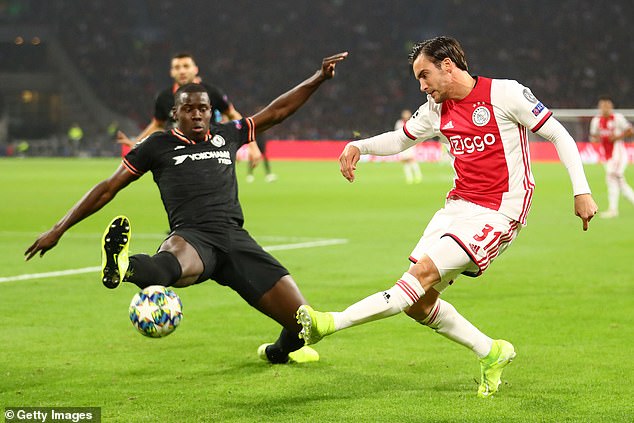