The 2019/20 season is over for Chelsea following last weekend’s Champions League exit to Bayern Munich, with attention now switching back to the transfer window.

The Blues hope to continue rejuvenating their squad ahead of next term, having signed striker Timo Werner and winger Hakim Ziyech for a combined £89m ahead of the new campaign starting next month.

The financial uncertainty and staggered season-end dates have made for an added level of unpredictability in this summer's transfer window.

However, Chelsea have a few irons in the fire and remain hopeful of concluding several deals this summer.

Here is the latest transfer news surrounding the club.

West Ham have told Chelsea they will need to pay £80million if they wish to sign Declan Rice this summer, according to The Times.

The 21-year-old midfielder spent seven years of his youth career at Stamford Bridge and is now said to be a priority transfer target for boss Frank Lampard.

However, the Hammers are not willing to let their player leave without a fight and have reportedly rejected a Blues proposal which would have seen Ross Barkley and Michy Batshuayi heading in the opposite direction.

West Ham will demand the fee upfront and are not willing to negotiate, according to the report.

Chelsea are prepared to sell out-of-favour wing-back Emerson Palmieri this summer and the player has reportedly agreed terms with Inter.

The Brazil-born Italian international, formerly of Roma, will pen a five-year deal worth £1.8m net per season, according to a report in Calciomercato.it, via Sport Witness.

Napoli are also said to be in the running for the left-back, who has made just six appearances for the Blues in 2020.

Lewis Dunk has been linked with a summer switch to Chelsea and odds on a transfer for the Brighton captain have dropped.

Brighton-based publication The Argus cites Oddschecker as reporting that odds on the Blues fan making a move to Frank Lampard’s side this summer now stand at 3/1.

The 28-year-old centre-half – who is said to have idolised John Terry as a youngster – was Albion’s player of the year and would reportedly command a fee in the region of £45m.

Brighton already seemingly have a ready-made replacement with the in-demand Ben White returning to the South Coast following a starring season on loan at Leeds.

Havertz can leave with 'certain conditions'

Bayer Leverkusen sporting director Rudi Voller has said star player Kai Havertz will only be allowed to leave under “certain conditions” amid links to Chelsea.

The German international has been strongly linked with a move to Stamford Bridge, although the Bundesliga side are reportedly demanding £90m, which the Blues are intent on negotiating down.

“No decision has been made yet," Völler told Kicker as quoted on BuLinews.com and cited by Chelsea-news.co.

He added: "I’d like to repeat myself by emphasizing that we’re talking about a wonderful footballer.

“There is nothing new in this regard. We have a clear and mutual agreement with him and his representatives that he can only leave under certain conditions. Otherwise he will stay.”

Lionel Messi has already made mind up on future, claims ex-Barcelona star 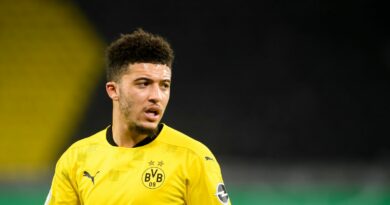