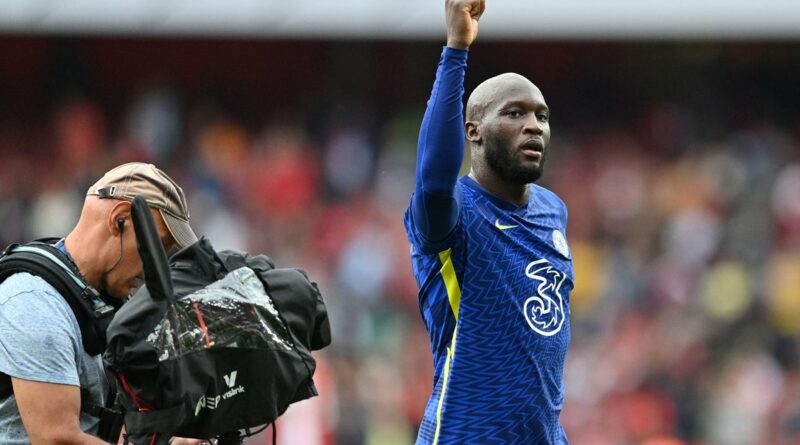 Romelu Lukaku is an injury doubt for Chelsea

Chelsea striker Romelu Lukaku is a doubt for their Premier League match against Aston Villa this evening.

The striker underwent a scan after picking up a thigh injury while playing for Belgium last week but will be accessed by Chelsea ahead of the match after returning to the club early from international duty.

If fit, Lukaku is set to make his first appearance at Stamford Bridge since returning to the club from Inter Milan this summer. The 28-year-old scored on a dominant debut in the 2-0 win against Arsenal but saw less of the ball as Chelsea held on for a 1-1 draw with 10 men against Liverpool at Anfield before the international break.

Aston Villa, meanwhile, will be without goalkeeper Emi Martinez and midfielder Emiliano Buendia for the trip to the European champions. Dean Smith’s side are set to be boosted by the returns of several first-team players, however, after collecting four points from their opening three matches of the season.

Here’s everything you need to know ahead of the Premier League fixture tonight.

What time is it on?

The match will kick off at 5:30pm BST on Saturday 11 September.

It will be shown live on Sky Sports Main Event and Premier League, with coverage starting at 5:00pm. If you’re not a Sky customer you can grab a NOWTV Day Pass here to watch without a subscription.

Chelsea will have to wait and see whether Romelu Lukaku is fit enough to make his first appearance back at Stamford Bridge since returning to the club from Inter Milan this summer.

The striker, who scored on his debut in the 2-0 win at Arsenal, is set to undergo a scan on a thigh injury picked up while playing for Belgium in their 3-0 win over Czech Republic last week. He was also booked in the game, meaning he was suspended for Belgium’s match against Belarus and allowing him to return to Chelsea earlier than expected.

N’Golo Kante is a doubt after sustaining an ankle injury against Liverpool which forced him to miss France’s World Cup qualifiers this week, Reece James is suspended following his red card at Liverpool, and Thiago Silva is likely to miss the game as a result of Brazil’s request to ban the players who missed their international call-ups for a period of five days.

Saul Niguez, meanwhile, could be available to make his Chelsea debut after arriving from Atletico Madrid. The midfielder has trained with Chelsea since joining the club on loan on deadline day. Christian Pulisic is a further doubt after picking up an ankle injury while playing for the USA on Wednesday.

Aston Villa have also been hit by the uncertainty that has surrounded the international window, with goalkeeper Emi Martinez and Emiliano Buendia unavailable for the trip to Stamford Bridge due to quarantine rules following their selection for Argentina. The pair were at the centre of the controversial World Cup qualifier between Brazil and Argentina that was suspended minutes after kick-off after Villa had given the players permission to take part in the country’s first two matches of the window.

In better news for manager Dean Smith, John McGinn, Leon Bailey and Bertrand Traore could all return while Ollie Watkins is in line to make his first start of the season after missing Villa’s opening two games due to injury.

Even if Lukaku is unavailable, Chelsea should be too strong against a Villa side whose trip to Stamford Bridge has come at a testing time following the international break. Back Dean Smith’s side to get on target, perhaps through Danny Ings, but Chelsea to win by two-clear goals. Chelsea 3-1 Aston Villa