Chelsea want to sign Bayern Munich star David Alaba, according to European football expert Guillem Balague. Chelsea have been linked with a number of left-backs in recent months, including Leicester and England star Ben Chilwell. Alaba made his name in that position but has often been used as a midfielder or even a centre-back at Bayern.

Alaba has spent the entirety of his professional career at Bayern, winning eight Bundesliga titles as well as the 2013 Champions League.

However, his contract expires in the summer of 2021 and he has been linked with a move away from the Allianz Arena.

Balague believes Alaba would be a top addition for a Premier League club due to his versatility.

And Chelsea are a club who are interested in bringing him to England. 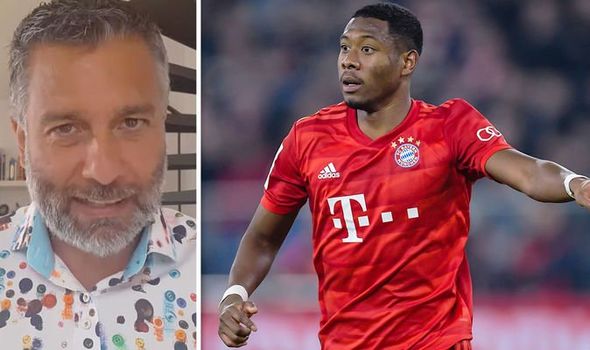 Balague said on his YouTube channel: “There’s another player that if available, if not wanted by others, if he doesn’t go anywhere else, Chelsea would like. And that’s Alaba.

“He’s been approached by other clubs, yes, but Chelsea will be interested in Alaba and I think that his versatility will really work in favour of Frank Lampard.

“He can play as you know in the midfield, in the full-back position as well of course, that’s where he’s very well known as, but Pep Guardiola made him much more than just a full-back.

“It will be interesting to see him in the Premier League. That’s certainly one to keep an eye on.”

Meanwhile, Balague says Chelsea will not pursue Barcelona star Philippe Coutinho and will prioritise a striker instead.

“The story of Coutinho is quite simple,” Balague added.

“Bayern Munich are not going to renew the contract that they’ve got.

“They don’t want to keep him any longer on loan and the links have been with Chelsea. 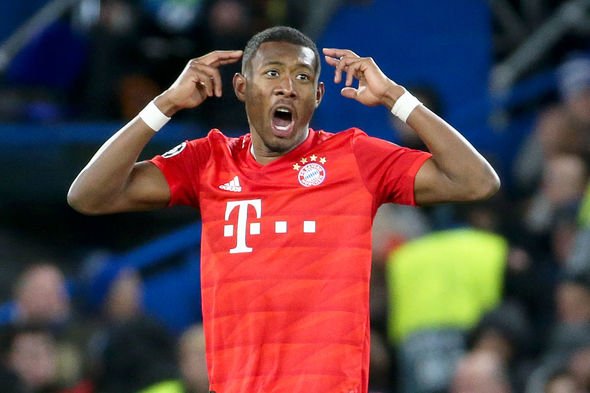 “So Chelsea are not going to go for Coutinho, they need a striker, that’s their priority.

“As I said, only the both Manchester clubs or Chelsea would be able, according to the top agent I’ve asked, to pay for some kind of deal for Coutinho.

“Barcelona would lose money for certain, nobody’s going to be able to pay £100m for anybody really.

“But neither Manchester City or United need Coutinho right now and also he’s earning €14m net in his salary a year.

“So he’s going to have to review his wages big time otherwise he stays at Barcelona.” 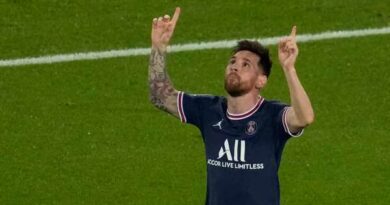 Man City vs PSG prediction: How will Champions League fixture play out tonight?