Former Chelsea captain Frank Leboeuf has warned the club against a move for Philippe Coutinho – because he doesn't fit into their midfield plans.

The Blues have reportedly made contact with Barcelona over a possible move for Coutinho, who looks set to depart Bayern Munich without having his loan deal made permanent at the end of the season.

The ex-Liverpool star has had a tough time since departing Anfield but has been linked with a return to the Premier League, where his stock remains high.

Spanish newspaper AS this week claimed the Blues are leading the race with Frank Lampard already holding discussions with Coutinho over a potential deal.

But Leboeuf reckons the Brazilian playmaker would not be the right fit at Stamford Bridge.

Asked if he could see Coutinho fitting in at the club, Leboeuf told ESPN: “I don’t think so.

“Coutinho has been good with  Liverpool, so far poor with Barcelona and Bayern Munich.

“I would have lots of question marks seeing him coming to Chelsea, to bring what?

“We have young players, very talented, who are very promising. We have good midfield players with [Mateo] Kovacic and Jorginho, to organise the game.

“I don’t know where his place would be. If I was the chairman, if I was the coach, I would be very hesitant to pick him up.”

Whilst former Chelsea star Leboeuf does not see Coutinho as the right man for the Blues, ex-Liverpool defender Phil Thompson believes his side should make a move for their former star.

Thompson last week told Sky Sports News he is the sort of player Jurgen Klopp needs in the summer.

Thompson said: "I don't think the  Philippe Coutinho  one would ever come off again, to get him back, but it's that sort of player that we actually need to unlock packed defences." 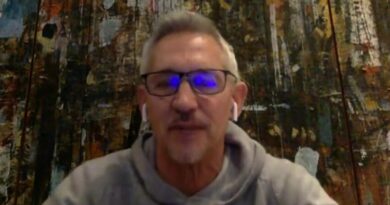 Gary Lineker mocks his own Spanish after appearing on Barcelona TV