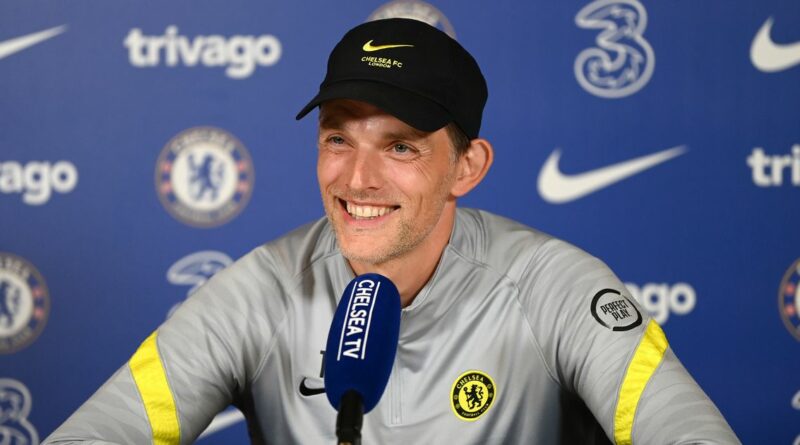 Having won the Champions League in his first six months in charge, he has now added the signings of Romelu Lukaku and Saul Niguez, who were both league champions last season.

Despite the departures of Olivier Giroud, Tammy Abraham and Kurt Zouma this summer, the return of a handful of loanees leaves Tuchel with a second strongest XI that could still challenge at the top of the Premier League.

Chelsea's squad depth is now arguably the best in the Premier League and leaves them capable of coping with any injuries this season.

Lukaku has returned to the club from Serie A champions Inter Milan for a club record £95million fee, while Saul joined on loan from Atletico Madrid on deadline day with an option to buy included.

This leaves the UEFA Super Cup winners with an exceptionally strong crop of players at the disposal of Tuchel who can name a second XI that boasts over 300 international caps between them.

Spanish goalkeeper Kepa Arrizabalaga has been Tuchel's second choice between the sticks since the German was appointed in January 2020.

The former Athletic Bilbao keeper arrived in 2018 for £72million and has kept 40 clean sheets in 110 appearances for the club, but is currently behind Edouard Mendy in the pecking order.

Silva joined on a free transfer from Paris Saint-Germain last summer before making 34 appearances and captaining the Blues on a number of occasions.

He has won eight league titles during his career in both Italy and France, as well as winning the Copa America with Brazil in 2019.

Sarr is a promising French defender who signed from Nice in 2020 before being loaned to Portuguese side Porto for the season.

The French under-21 international has made 146 senior appearances despite only being 22 years of age and will remain at the club this season.

Chalobah was also out on loan last season, as the academy graduate enjoyed an impressive campaign in France with Lorient.

He made his Chelsea debut in the Super Cup win over Villarreal and won man of the match as he scored against Crystal Palace on his Premier League debut in August.

Tuchel likes to deploy attack-minded players in the wing-back positions in his Chelsea line-ups and this is also the case in the second XI with Callum Hudson-Odoi and Marcos Alonso on the flanks.

Hudson-Odoi is predominantly a winger but has been regularly used at wing-back by Tuchel as well as further forward on occasions.

The 20-year-old made his Chelsea debut at 17 and has racked up 29 goals and assists in his 99 appearances from the club, causing both Bayern Munich and Borussia Dortmund to take interest in the England international in the past.

On the left-hand side, former Spanish international Alonso provides a competent goal threat despite playing as a left-back for the majority of his career.

He has won five major trophies since joining Chelsea from Fiorentina for £20million and has scored an impressive 25 goals for the club in five years as a Blue.

In the centre of midfield, Tuchel is able to pair new signing Saul with four-time Champions League winner Mateo Kovacic despite this not being his strongest possible line-up.

Croatian international Kovacic played in a World Cup final in 2018 and has been regular starter for the club since arriving from Real Madrid three years ago on an initial loan.

Despite featuring in all four games so far this season, he falls just behind N'Golo Kante and Jorginho in the pecking order after their stunning form last season.

Chelsea beat off interest from Liverpool, Barcelona and Manchester United this summer to bring Saul to the club and the Spanish international made 33 appearances as Atletico won La Liga last season.

He won six major trophies in his time with the club, including the Europa League in 2018, and Chelsea have the option to make his move permanent in 2022.

Behind the striker, Tuchel is able to call upon Ross Barkley and Hakim Ziyech to provide support in attack, with both having won European trophies with the Blues.

Barkley joined from Everton in 2018 for £15million and won the FA Cup the same year, before impressing on loan at Aston Villa last season.

The former England international has made 88 appearances for Chelsea in three and a half years at Stamford Bridge, providing 22 goal contributions in this period.

Moroccan playmaker Ziyech was one of a host of signings made in the summer of 2020 as he arrived from Ajax for £36million to much clamour from supporters.

He showed flashes of his brilliance during his debut campaign in England as he made 41 appearances for the club, scoring six goals and providing four assists in 39 matches.

Ziyech also scored in the Super Cup final earlier this month as Chelsea drew 1-1 with Villarreal before winning on penalties in Belfast.

The signing of Lukaku means that German forward Timo Werner would lead the line for a Chelsea second XI, after the 25-year-old finished as joint top scorer in his first season in west London.

Werner scored 12 goals in all competitions after his £48million move from RB Leipzig and also provided an impressive 15 assists for his teammates.

Whilst Tuchel will unlikely stick to one settled line-up all season, having the ability to make 11 changes from his strongest side and put this line-up out will strike fear into Chelsea's title rivals this season.

The Blues have already made a strong start to the season with seven points picked up from their opening three matches thanks to wins over Crystal Palace and Arsenal as well as a draw away to Liverpool.

Liverpool in crisis as Gomez suffers serious injury with England