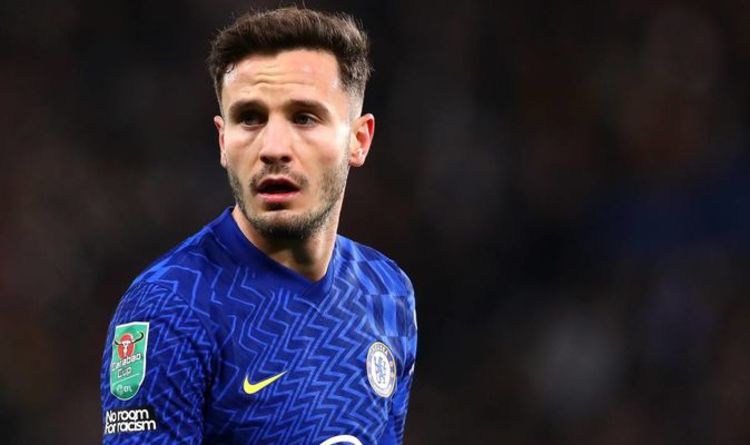 Chelsea are unmoved on their transfer stance on Saul Niguez despite putting in a man of the match display against Tottenham on Wednesday night. Thomas Tuchel landed a telling blow on Antonio Conte’s side after a 2-0 win at Stamford Bridge in the first leg of their Carabao Cup semi-final tie.

Chelsea are not willing to spend the £30m necessary to make Saul’s loan permanent at Stamford Bridge.

That is despite putting in a man of the match display against Tottenham on Wednesday night after being deployed in midfield alongside Jorginho.

It was by far the best performance the Spaniard has had since moving to Chelsea from Atletico Madrid on deadline day in a loan deal.

The Rojiblancos were keen on an obligation to buy as part of the deal but Blues chief Marina Granovskaia whittled it down to an option.

And that appeared to have been a masterstroke after some shocking performances from Saul, that included him being roped off at half-time against Aston Villa and Watford.

But there were signs that the midfielder could be a force for Chelsea after a stunning display against Tottenham in a 2-0 win at Stamford Bridge.

Saul appeared to be everywhere, putting in crowd-elating challenges and spraying passes with ease, looking a completely different player to the one that had been hounded by Chelsea fans during his time there.

However, the transfer chiefs at the club appear unmoved and are ready to let the 27-year-old return to Madrid at the end of the season.

Keeping the Spain international would cost £30m – a relative bargain if he keeps up his performances like he did against Spurs.

But Chelsea are already planning for the future with midfield a long-term position they are looking to improve with plenty of targets.

West Ham star Declan Rice is one of the top players on Tuchel’s wish list, as well as Monaco ace Aurelien Tchouameni.

The Blues are also making room in their squad for Conor Gallagher, who has been sensational at Crystal Palace.

As for the Carabao Cup, Chelsea have one foot in the final after a 2-0 win against Tottenham in the first leg.

Kai Havertz scored an early opener before Ben Davies inadvertently shouldered in one of Japhet Tanganga’s header to make it an unhappy return to west London for Conte.

The winner of the semi-final will meet either Liverpool or Arsenal, who have had their first leg postponed to 13 January.