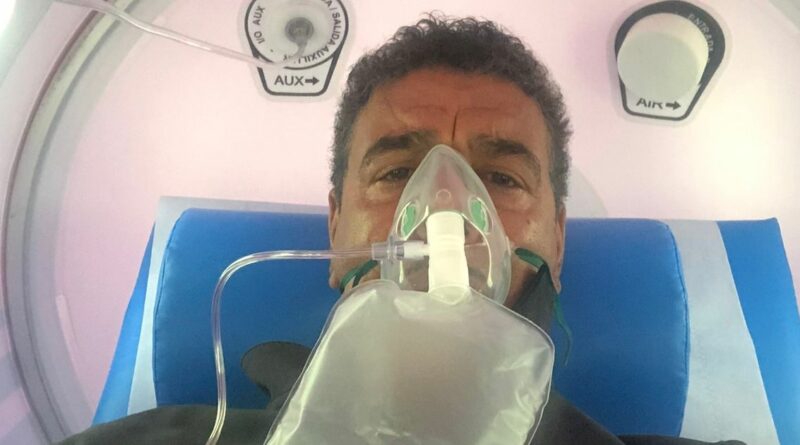 Soccer Saturday legend Chris Kamara has shared a snap of himself hooked up to an oxygen chamber "continuing his recovery" after presenting The Games.

Kamara, 64, announced he was leaving Soccer Saturday earlier this season after suffering from apraxia of the speech as a result of medical problems. He captioned the post: “Six enjoyable days working on The Games. Back in the oxygen chamber today as the recovery continues.”

The former footballer was on co-commentating duties for ITV’s The Games finale during the week. The new TV show saw a number of celebrities going head to head in a range of sporting challenges.

Earlier this month, Kamara announced he would be leaving Soccer Saturday.

He tweeted: "After 24 years at Sky Sports we have announced my departure. I have loved every minute & the memories will live with me forever.

"Working with Jeff & the boys has been Unbelievable! And the special days on Goals on Sunday with Ben Shephard who has become a great pal. I’ve had a blast!"

Who do you think should replace Kamara on Soccer Saturday? Let us know in the comments section

Soccer Saturday presenter Jeff Stelling gave Kamara a heartfelt tribute on the show after Kamara announced he would be leaving.

Stelling finished off the tribute by saying: "You’ll still see him on your TV screens, but not on our show.

"He’s a good man, one of the very best. A great friend and I will miss him enormously and I know you will at home as well. Good luck Kammy!”