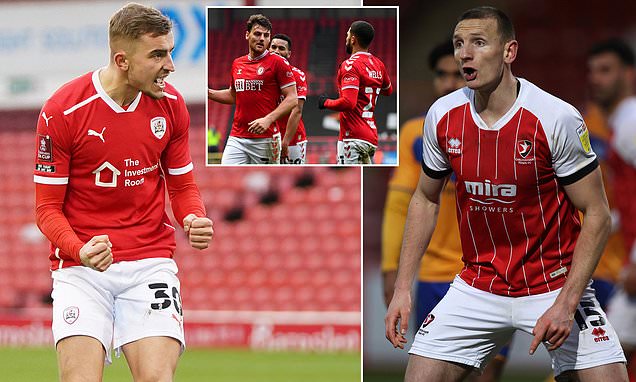 A brilliant 83rd-minute strike from Chris Martin saw Bristol City through to the FA Cup fourth round with a 2-1 victory over an impressive Portsmouth at Ashton Gate.

Famara Diedhiou fired the Championship side in front after 19 minutes with a sweet left-footed strike from just outside the box after exchanging passes with Hakeeb Adelakun.

But League One Pompey hit back on the stroke of half-time when Andrew Cannon pulled the ball back from the left and right-back Callum Johnson slotted a low drive past Dan Bentley from 15 yards.

Portsmouth were looking the more likely winners before Martin found the roof of the net with a superb right-footed shot on the turn from 20 yards to settle the outcome. 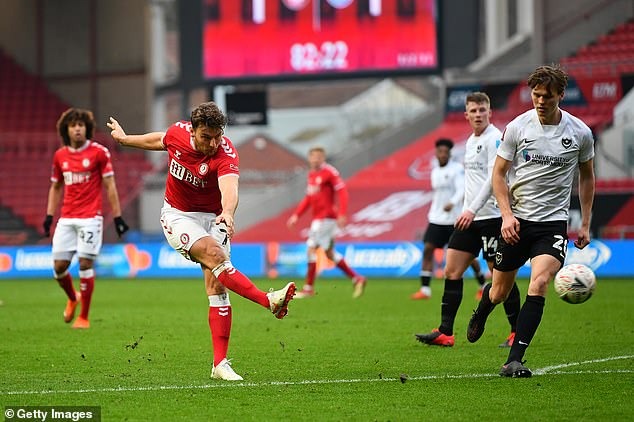 Chris Martin fires in the winner in the 83rd minute for Bristol City, as they beat Portsmouth 2-1

Michal Helik and Cauley Woodrow grabbed the second-half goals that earned Barnsley a 2-0 FA Cup third round win over Tranmere at Oakwell.

Helik headed Barnsley ahead on 59 minutes and Woodrow wrapped up victory from the penalty spot in injury time.

Tykes manager Valerien Ismael will have been equally pleased by Polish centre-back Helik’s contribution at the other end of the pitch, as his team kept their first clean sheet in 12 outings.

Barnsley asserted themselves in the second period and, after Conor Chaplin’s edge-of-the-box effort lacked the conviction to extend Davies, the Rovers keeper could do little to prevent Helik from breaking the deadlock just before the hour. 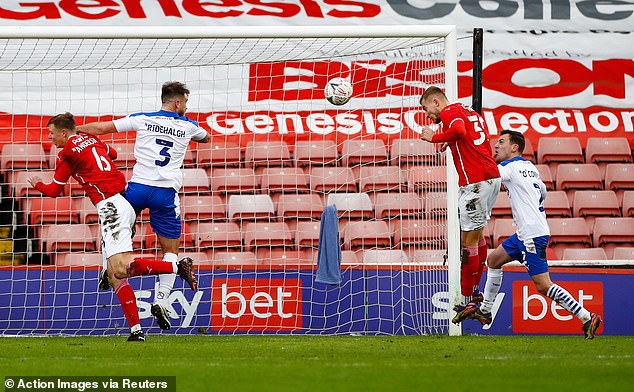 The 25-year-old defender rose high to meet Herbie Kane’s left-wing cross to claim his fourth goal of the season with a powerful downward header from 10 yards out.

Woodrow drilled a one-on-one opportunity straight at Davies late on before getting his chance to take his season’s goal tally into double figures in the fifth minute of stoppage time.

Jay Spearing fouled Luke Thomas to concede a penalty that Woodrow drilled to Davies’ right as the Rovers keeper dived in the opposite direction, putting a seal on Barnsley’s seventh win in 10 contests. 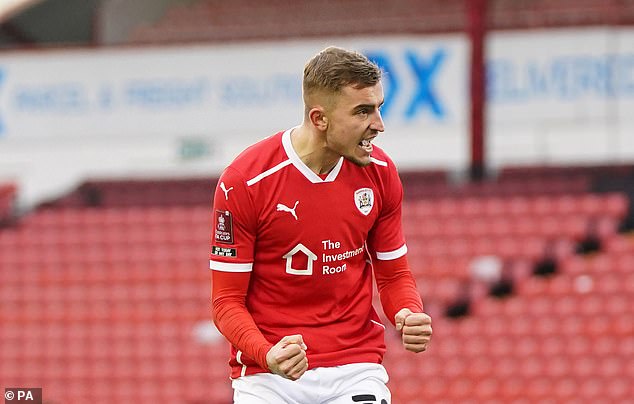 Will Boyle scored in extra time for Cheltenham to beat fellow League Two side Mansfield 2-1 and secure their spot in the fourth round for the first time in 15 years.

Stephen McLaughlin put Mansfield ahead after just three minutes as his shot was fumbled by Josh Griffiths.

George Lloyd hit the bar soon after in what was a commanding display from the side pushing for promotion from the fourth tier.

And finally they get their reward as Alfie May found the back of the net in the 73rd minute.

They were pushed to extra time but they got a deserved winner in the 110th minute as Ben Tozer’s long throw found Boyle to seal their place in the next round. 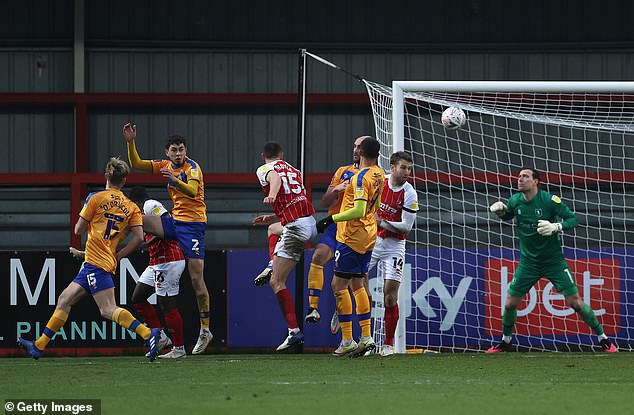