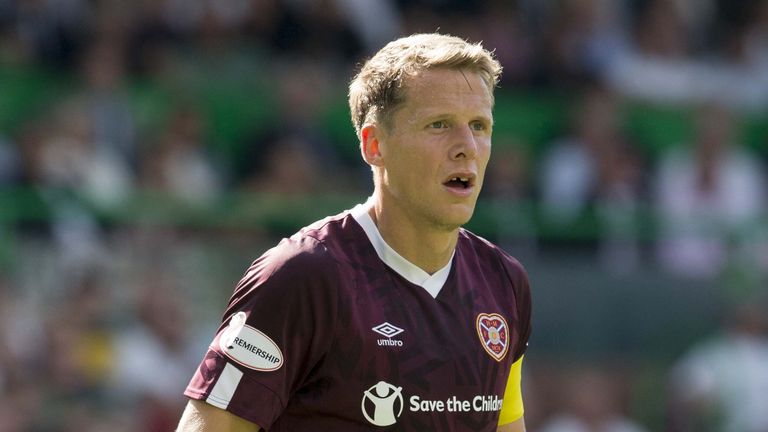 Christophe Berra will leave Hearts at the end of the current Scottish Championship season, the club have announced.

Berra held discussions with manager Robbie Neilson and a decision has been made to part ways when the 36-year-old’s contract expires at the end of June.

The defender spent 11 years across two spells at the Edinburgh club, making over 250 appearances and winning 41 Scotland caps along the way.

🆕 Christophe Berra will leave Hearts upon the expiration of his contract in June.

Speaking to the Hearts website, Neilson said: “I’ve been fortunate enough to play alongside Christophe as well as manage him and he has been a great servant to this club.

“You don’t play more than 250 first-team games without being a top player and there will be an opportunity for him to add to that number before this season is out.

“He’ll remain focused and continue to give his all as we look to get the Championship title clinched, then we can look back and appreciate all that he has done for this club.”

Berra returned to Hearts in 2017 after spells in England playing for Wolves and Ipswich Town, making an immediate impact when he claimed the 2017/18 Players’ Player and Fans’ Player of the Year Awards.

He was also named in the PFA Team of the Year at the end of that same season.

Hearts have also completed the loan signing of Aberdeen right-back Shay Logan for the rest of the season.

The 33-year-old is out of contract at Pittodrie in the summer and incoming Dons boss Stephen Glass has allowed the player to leave in search of more regular football.

🆕 Hearts have completed the loan signing of Shay Logan until the end of the season.

🗣 “I want to help the club get the league wrapped up & show people what I can do. When I play for a football team fans will know that I always give 110%."

Logan told the Hearts website “It was something that was brought to me quite quickly and I was more than happy to come. I can get game time and give Hearts a solid right-back.

“For me, I just want to get back playing again. It’s been a frustrating year and I’m really looking forward to it.

“I want to help the club get the league wrapped up and show people what I can do.”

Logan has made 294 Aberdeen appearances since originally arriving at Pittodrie on loan in January 2014. 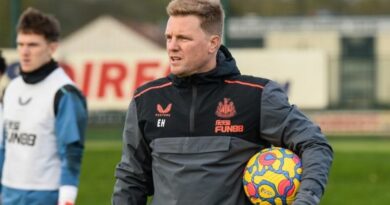