Fresh Manchester City star Erling Haaland has visited Paul Pogba’s £3million mansion in search of a new home in England, according to reports.

The Red Devils wantaway, who is set to become a free agent and strongly linked with a return to Juventus, is preparing to uproot and move abroad.

Pogba’s lavish house was reportedly one of the first properties viewed by Haaland ahead of his debut season in the Premier League and was placed on the market to rent for £30,000-a-month. 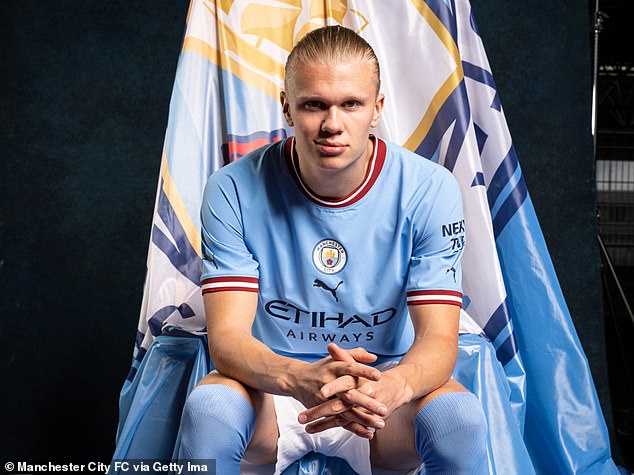 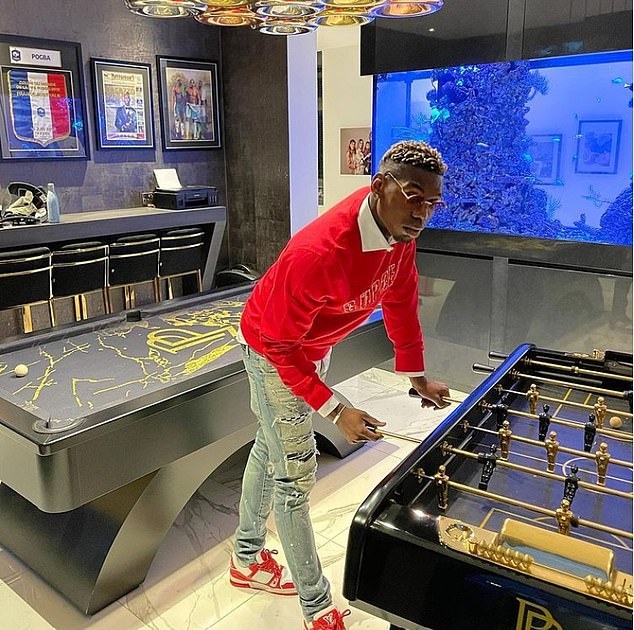 He decided to view Paul Pogba’s £3m mansion which has a sauna, gym and swimming pool

Although the mansion boasts a heated swimming pool, sauna and gym, its top attraction is the P. P. Arena – Pogba’s indoor football pitch – which has LED lighting, an electronic scoreboard and even a picture of the Frenchman’s logo in the centre circle.

According to The Sun, a source said: ‘Erling is keen to get settled down as quickly as possible so he can hit the ground running at City.

‘He and Paul know each other and share the same management team. 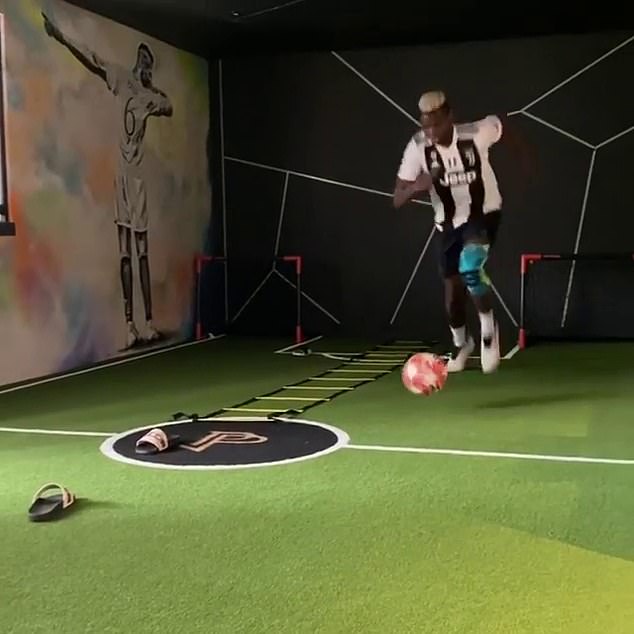 The house also boasts an indoor football pitch which was named P. P Arena by Pogba himself

‘Given how Paul’s time at United has gone, he’s unlikely to return to the UK so he will be looking to sell his house but he would be happy to rent it if necessary.

‘Paul and Erling are quite similar characters. They like to enjoy themselves so it could really appeal to him.’

Alongside his father Alfie Haaland and his management team, the 21-year-old viewed Pogba’s property and three other mansions last week.

Pogba joined Manchester United from Juventus for £89.3m seven years ago but now looks set for a reunion in Turin.

The 29-year-old met with Bianconeri officials in Italy earlier this week to discuss a potential four-year deal with the club.

Super 6: Talking points from the free-to-play game as normal service was resumed 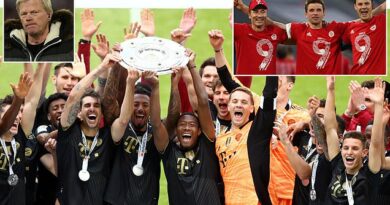