Mark Clattenburg said VAR was “working at its best” during Liverpool's win over Wolves – but pointed out an error made by referee Craig Pawson.

The Reds ran out 4-0 winners at Anfield on Sunday night thanks to goals from Mohamed Salah, Gini Wijnaldum and Joel Matip, and an own-goal by Nelson Semedo.

Though it was a comfortable victory for the Premier League champions, they had a scare in the first half when Wolves were awarded a penalty.

Sadio Mane was judged to have made contact with Conor Coady as he acrobatically tried to clear the ball from the box, prompting Pawson to point to the spot.

But after a review on the pitchside monitor, the official overturned his decision.

And while former Premier League referee Clattenburg agreed with VAR's intervention, he pointed out a mistake Pawson made in the aftermath of the incident.

“It’s not a penalty kick,” Clattenburg told Amazon Prime . “Coady anticipates the impact from Mane, and he makes no contact whatsoever.

He added: “This one is an easier one because you can see that Mane has made no contact with Conor Coady.

“Even if there’s any slight contact – which there wasn’t in this case – it’s a very easy one to give.

“Pawson thinks Coady’s had some contact, he’s gone down because there’s not much of an appeal by any Wolves players.

“I’m surprised Coady hasn’t been cautioned because for me, this is a clear dive and he’s tried to deceive the referee.”

After the penalty scare late in the first half, the Reds doubled their lead through Wijnaldum just before the hour mark.

Matip's header and a Mane-enforced own-goal by Semedo then secured the three points to send Liverpool second in the table.

Should Craig Pawson have booked Conor Coady for going down in the Liverpool penalty area? Have your say here. 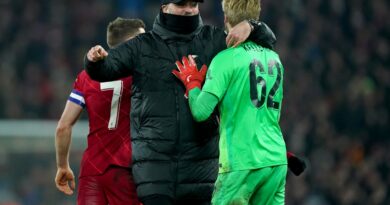 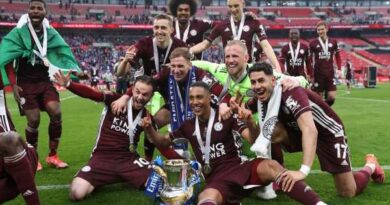 What next for Leicester after FA Cup victory sparks overwhelming emotions?