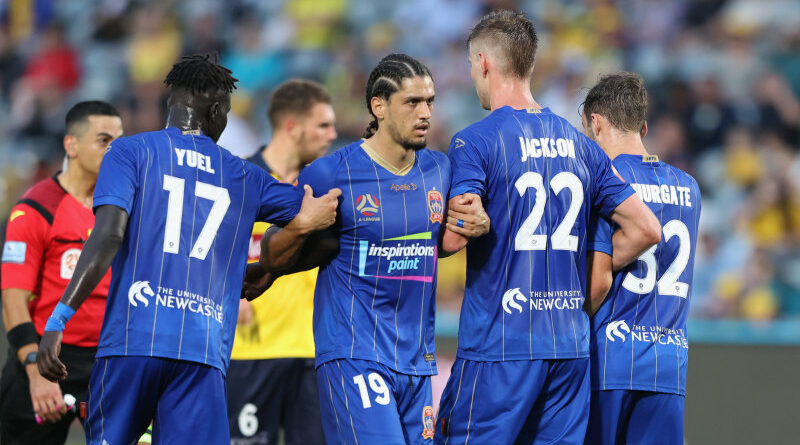 The Newcastle Jets' A-League and W-League licence has been terminated but the club will continue to play after Football Australia and the newly-independent body in charge of both competitions took action against absentee owner Martin Lee.

As first reported by the Herald, the Jets will now be controlled for an interim period by a group of existing investors from other A-League clubs until a new ownership group is secured.

Roy O’Donovan and his Newcastle Jets teammates will be offered new contracts with the entity that now owns the club.Credit:Getty

Chinese business mogul Lee, who took over the club in 2016, stopped injecting funds into Newcastle more than a year ago, prompting chief executive Lawrie McKinna to embark on a hitherto fruitless search for another owner.

A new licence has been issued to the temporary investors. Players and staff will be offered contracts with the new entity, after being addressed by representatives of FA, the PFA and the Australian Professional Leagues – the body now in charge of the A-League and W-League – of which Lee was, as of Thursday, technically a part-owner.

Chinese lighting magnate Martin Lee has not injected any funds into the Newcastle Jets since October 2019.Credit:Getty Images

FA chief executive James Johnson said Lee had been given every opportunity to rectify the club's financial situation or sell his stake, and that the governing body had no other choice but to remove him.

"There were clear failings to adequately capitalise Newcastle Jets FC to meet the minimum requirements set to run an A-League and Westfield W-League club, and to operate a company in accordance with Australian law," Johnson said.

"Following the recent announcement of the unbundling of the professional leagues from Football Australia, it’s pleasing to see a group of existing APL club investors stepping in to assume control of Newcastle Jets FC in the interim.

"It is important for Football Australia to remain separate to the ownership of the clubs so that it can effectively carry out its responsibilities as the governing body of football in Australia and regulator of the professional leagues.

"The Newcastle and northern NSW region is a heartland of Australian football – an area with a strong participation base combined with a rich history of producing some Australia’s finest footballers, including dozens of Socceroos and Matildas."

APL commissioner Greg O'Rourke said it was an "ideal outcome" from a competition integrity standpoint that the Jets would keep playing in the A-League and W-League despite the off-field uncertainty.

It is unclear whether the move will pave the way for a new permanent A-League coach to be installed or for longer-term contracts to be offered to key players, with the Jets having already lost Bernie Ibini to a rival club under controversial circumstances, while prized midfielder Steven Ugarkovic is reportedly poised to join him at the Western Sydney Wanderers next season.

Interim boss Craig Deans is currently at the helm and oversaw Thursday night's 1-0 defeat to the Central Coast Mariners – the only match so far in the new season for the men's team.

Newcastle's W-League team has also played just one match, a 2-1 loss to the Wanderers on Saturday. 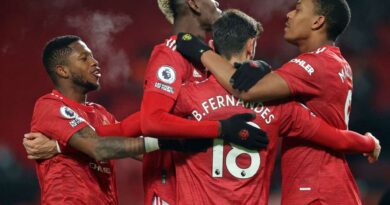 Frank Lampard, control and the ‘trait’ holding Chelsea back